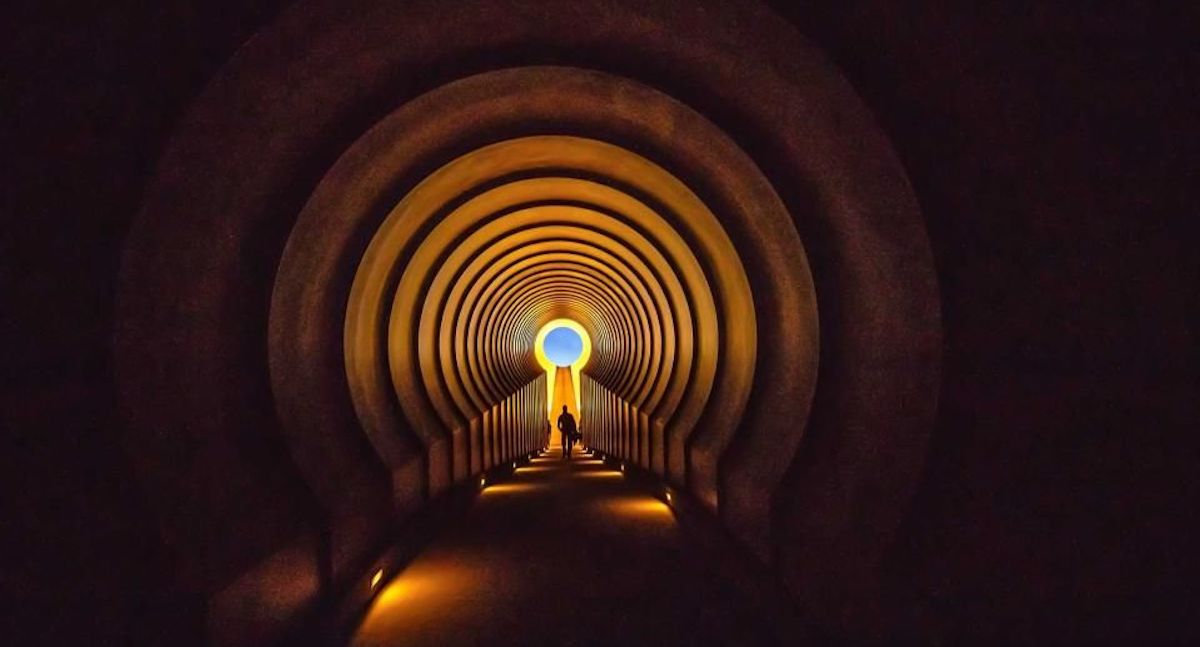 The gift will help fund the Roden Crater Project, which is sited at an extinct volcano in northern Arizona that Turrell has been transforming since 1977 into an open-air observatory by carving tunnels and spare, temple-like rooms in the crater’s cone. Oval slits or openings allow in light so that the ambient hue in individual rooms changes with the time of day and weather conditions. West, who visited the crater with Turrell in December, tweeted that the experience had been “life-changing.” After touring the artist’s light-infused installations at the Massachusetts Museum of Contemporary Art with Turrell himself, West said he wanted to support the artist’s work, the Journal reports. In a statement, West said he wanted Roden Crater to be “experienced and enjoyed for eternity.”

At age 75, Turrell, who received a MacArthur Fellowship in 1984, has been under pressure to finish his project after years of off-and-on funding. He recently teamed up with Arizona State University to raise $200 million — of which $40 million has been secured — to complete the project and turn the crater into a creative campus with an amphitheater and a residency program. According to the foundation, the goal is to open the crater to the public in five years. Turrell told the Journal he was “thrilled” by West’s gift, given that the project was at a “critical juncture.”

Los Angeles County Museum of Art director Michael Govan, who serves on the Turrell Art Foundation board, said the contribution stands out because West isn’t known to be a major patron of the arts. “The spirit of the gift is artist to artist,” said Govan.