Vivian Maier: ‘Living Color’
The Soul of an Artist 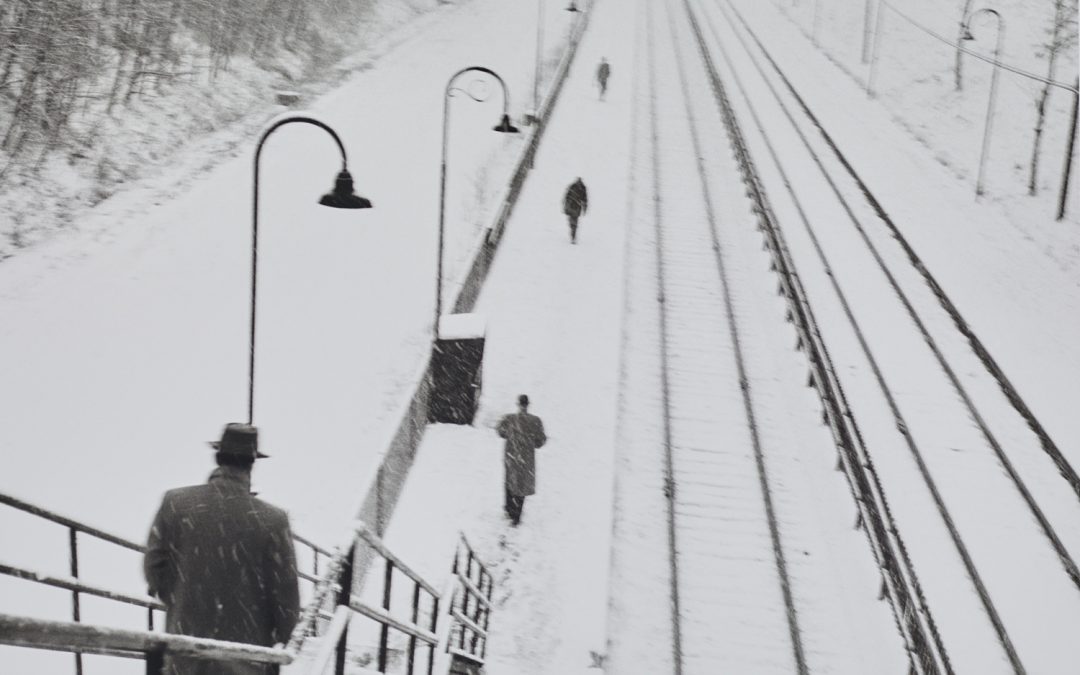 A band musician pauses to take a sip of water, a newspaper salesman is caught off guard and a nanny strolls the streets of her city. That last character, in this case, was the photographer Vivian Maier, who, throughout her life and for many decades, was known as a nanny, not as an artist. 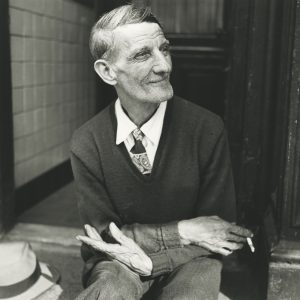 Indeed, it was in a Chicago storage space where a box of negatives was discovered, along with other items – suitcases, newspaper clippings, mail – inside the home of one of the families for whom Maier worked.  And as the website dedicated to Maier proclaims, “It’s almost as if she left a perfectly arranged puzzle to be put together after her death.” 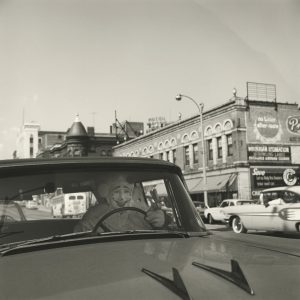 So it was, that when film producer John Maloof acquired these negatives at a Chicago auction house, he began what would eventually unfold as a pursuit to understand the woman, who died in 2009 at age 83, behind the negatives. Her life’s work finally became known, revealing itself in documentaries such as Finding Vivian Maier and in numerous exhibitions, including the current one, Living Color, at KP Projects. 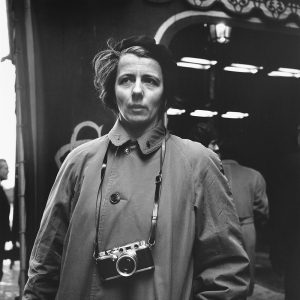 Beginning with her early self-portraits, the show quickly introduces Maier to the viewer. Positioned above the words “Weight and Fortune,” or in a distorting “serve yourself” ice box, Maier’s image attests to her ability to not only see the whimsical and suggestive connotations of one’s surroundings, but how one is eternally implicated within them. And, after having been a photographer in secret for so long, beginning with clear displays of her as photographer seem right, and, almost reclamatory. 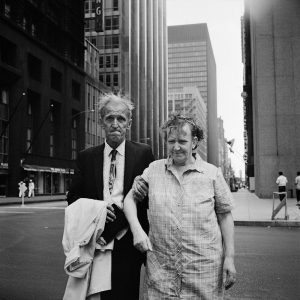 One can only guess the year in which some of the images were taken, not because of the nature of the print, style of dress, or street scene depicted – but because Maier herself, who, relative to her other images, seems to have aged somewhat. The artist is woven throughout her work, and photography is, after all, not an unbiased medium: Behind every image there is its maker, the person through whose eyes one is looking. Maier makes clear that one’s relationship to the city or world around one is personal, and an intimate one at that. 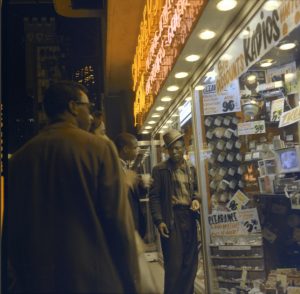 Maier traveled, explored, and sought to capture life as it was, with shots of cities, including Chicago, New York and others. She also excluded no one, no matter age, race or gender. Images such as Men Must Change (1971) in which those words are spray painted on a mailbox, illustrate, as the press release states, Maier’s “striving to disentangle the turbulent political and social order of the time” and her ability to recognize “class and gender structures through visual commentary on the role of women, and the disenfranchised.” 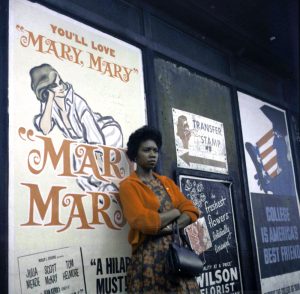 The color photographs from what appear to be the 80s stress Maier’s willingness to get up close and personal with her subjects. When glancing at the arms of an intertwined couple, or the body of a man holding a bag with a face on it, one can’t help but smile at the way Maier took the ordinary and captured it the way she saw it – as a series of puzzle pieces, just close enough to fit, if one is willing to pay attention to their edges. 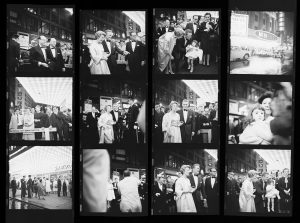 The rare lifetime prints are smaller, less saturated works of domestic spaces and street scenes. The black-and-whites are mostly portraits and what appear to be families. It is in these – and the gelatin silver prints – when one must wonder if Maier knew the subjects she photographed. 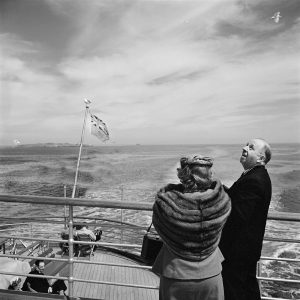 This is not merely because of her apparent proximity to them, but the way it feels as if she truly does know them – their nature – in the moments when they are looking, and even in moments when they are not. In a soft smile or a serious gaze, such as found in Woman in Grenoble, France (1959), or Man with Cigarette (1955), it appears that whether or not she had momentary interactions beyond the camera, she nevertheless had the ability to make people feel comfortable in front of the camera. In turn, the viewer feels like they know these faces, these places, and the times in which they lived. 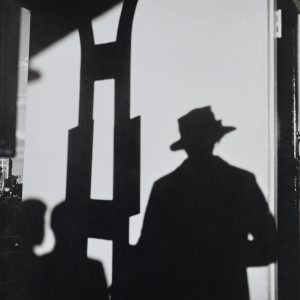 Today, looking at familiar faces and strangers through a screen is nothing spectacular and certainly not uncommon; it happens all the time. People are constantly fed images of others, being nudged to look in order to be “in the know” (or in web jargon, FOMO). There is then a rebelliousness, a whimsy, a voyeurism, in looking at people, unfiltered, seeing these humans through a screen, living their lives as opposed to hiding them. 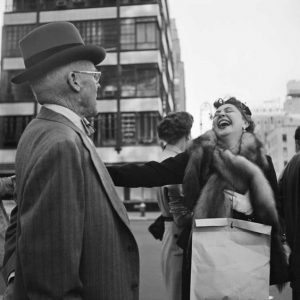 Maier’s artistic career, unsung during her lifetime and long overdue in only having been recently recognized, is a tale of constant finding – dare one say, “finding the work of a finder.” She was that person who sought to capture the world around her, to make it visible, and to transfer what her own eyes would see onto a lasting and explicit surface, without the need for recognition or even acknowledgement. 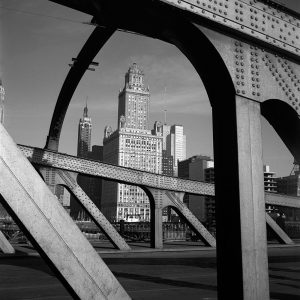 In short, Maier had the ability to create little moments of intimacy everywhere, in ways both casual and theatrical. She was, as described, “an unsuspecting nanny with a sharp wit and observant eye,” with this show proving Maier’s “curiosity and keenness to interpret the world around her, and an unrelenting dedication to document everyday life.” 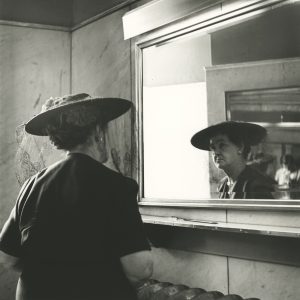 Self-portrait, no date, Woman with Hat in Mirror

All images courtesy of KP Projects