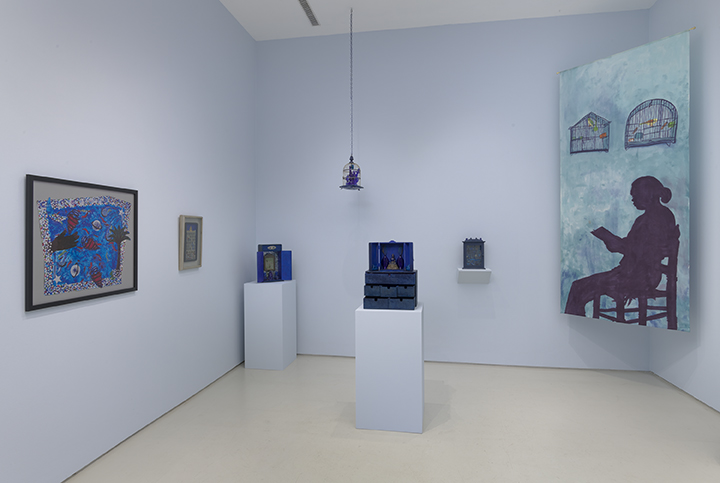 A floating silhouette, a hanging birdcage, an enshrined statuette: These are some of the things one sees when confronted by the recent work of canonical artist Betye Saar. Saar continues to live and work in Los Angeles, the city that has inspired and shaped many of her artistic endeavors. And though much of that work is still rooted in a specific atmosphere and its history, her grappling with mysticism evokes more universal questions of time and ritual. 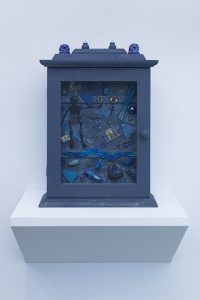 Housed in the Los Angeles County Museum of Art, Smithsonian American Art Museum in Washington and The Museum of Modern Art in New York, among many more, her creations are grounded as much in the objects she is physically proximal to as they are in the larger social issues and universal problems she continues to tackle. In her sixth solo show with Roberts Projects in Los Angeles, Saar keeps with her signature artistic assemblage, employing “the color blue as a means to explore such concepts as magic, voodoo, and the occult.” 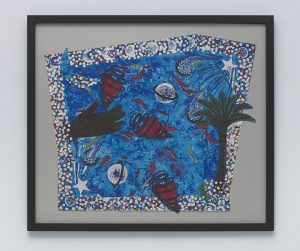 Often tied into black history and culture, her creations are proxies through which belief systems and structures from the past and from the present – and the fine, sometimes nonexistent line between them – come to light. A culture with a history entrenched in American slavery, Voodoo was a marker of identity and a means of defiance for many who were enslaved. By incorporating into her pieces objects associated with this culture, such as candles, eyes, and cosmic symbols, Saar harkens back to her heritage as an artist of assemblage. 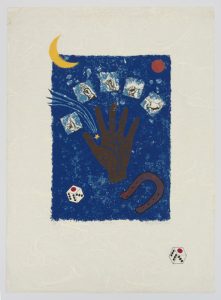 Her interest in this method of art-making did not form overnight, but has been a decades-long journey. Her mother, who worked as a seamstress, often used recycled materials to create new clothing for her family, and Saar and her siblings would collect items found in the backyard of her grandmother’s home. Witnessing artists around her, including Simon Rodia, and later Noah Purifoy and John Outterbridge, Saar also recycles material for new creations. 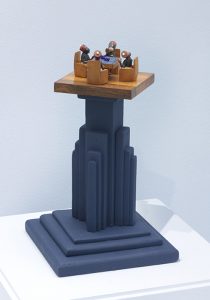 Beginning her career as a social worker, the artist eventually took a class in printmaking which redirected her artistic aspirations and eventually led to her becoming part of the Black Arts Movement in the 1970s. She credits the Civil Rights movement and the murder of Martin Luther King Jr. as an inflection point in her anger and resulting aspirations in confronting racism and race relations. In one of her first and most well-known assemblages, Saar positions a racist caricature of a black woman in front of images of Aunt Jemima and arms her for battle. The result of this layering is a warrior against a multitude of institutions, from racism to ascribed domesticity. 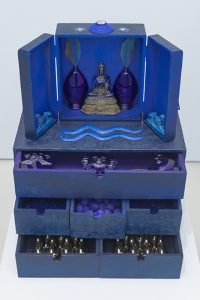 Today, her works continue to challenge establishments, questioning through collecting and re-fashioning. In using objects where functions have often been prescribed – and challenging those functions – Saar subverts established systems of thought and control. In a recent video uploaded by the Museum of the African Diaspora, Saar states, “as an artist, I feel that I’m a warrior too, in my own way, of taking discards, of taking things that are thrown away, putting them together, which may or may not change the way people think about them.”

Within the small room, works like Shrine of Forgotten Memories (2018) couple religious iconography with household items and more ambiguous symbols to create a zone of intimate alchemy. Within that piece, a small Buddha, inkwells, snakes, beads, and a tiny metallic sun are themselves encased within compartments. In La Cruz Indigo (2018) where little skull beads line the bottom of a hollowed-out notebook, a large blue cross is placed among other decals. 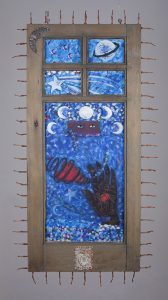 In one corner of the room, a light turquoise tapestry hangs with the silhouette of a woman, reading, above whom are the images of two bird cages. That piece floats in conversation with an actual nearby birdcage, from which an altar has been made. Nature, magic, intuition, confinement, multi-dimensionality – all of these ideas run through Saar’s work. Though the themes she tackles are pointedly specific, much of her work, through an assemblage of different symbols, colors, and materials, appeals to a universal humanity. 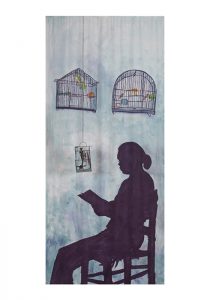 She has said on constructing her mixed-media works: “I always add something that I don’t really understand at an outer conscious level.” Saar’s ability and desire to pose questions, on top of those that already exist – and to do so without the comfort of knowing she will understand the outcome – is what has and continues to keep her work so unwaveringly intriguing, important, and, yes, exceedingly relevant. 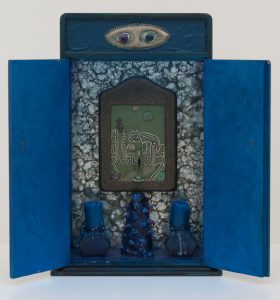