Beyond Baroque at 50
A Bohemian Bacchanal 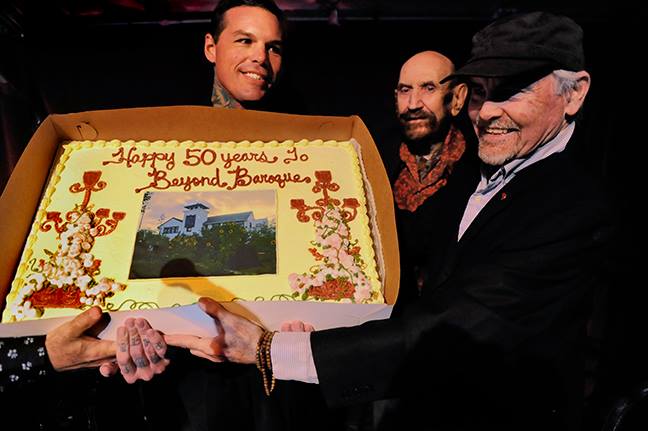 Fifty years and counting! The Beyond Gala: A Bohemian Bacchanal celebrated half a century of Beyond Baroque – and what a night it was. Councilmember Mike Bonin‘s office literally put the roof over revelers’ heads – some 300 partygoers – by sponsoring a giant (expensive!!!) tent and starting the evening with a rousing welcome.

There was also a live silent auction, netting to date $11,000., and featuring more than 40 works from some of the world’s most notable artists, including Ed Ruscha, John Baldessari, Raymond Pettibon, Gronk, Robbie Conal, Catherine Ruane, Barbara Kerwin, Bob Branaman, Gloriane Harris, and Francisco Toledo. Works were donated by the artists, Andy Schwarz, Board President of Beyond Baroque, and the collection of ViCA (Venice Institute of Contemporary Art). 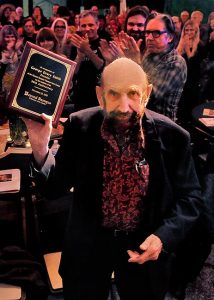 According to Juri Koll, Beyond Baroque’s Los Angeles Advisory Board member and VICA director:  “The gala was a fabulous event, appealing to the creativity and generosity of LA in a huge way, emphasizing the strong history and community we have here. The auction was also a big success, and brought first time art collectors and seasoned art appreciators together in a wonderful way. The fact that it was held in the Beyond Baroque theater, the site of so many terrific happenings in our 50-year history, is a testament to its strength and openness. Our doors are open – and all are welcome to come create.” 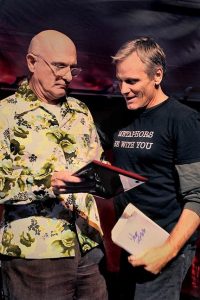 Poet S.A. Griffin presenting Viggo Mortensen with the Alexandra Garrett Award for Service to Beyond Baroque 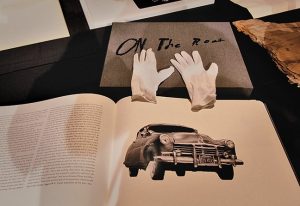 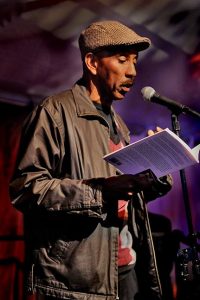 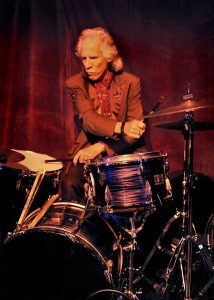 John Densmore, Founding member, The Doors, performing at the gala 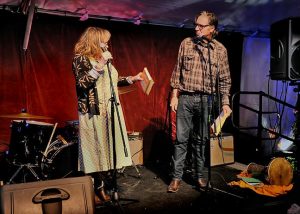 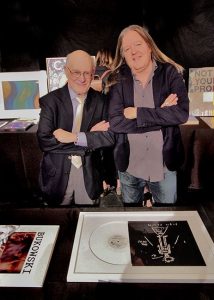 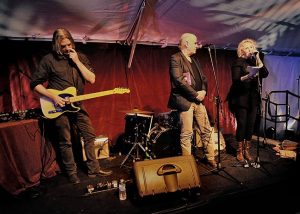 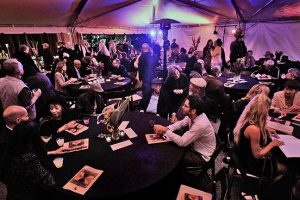 Some of the partygoers at Beyond Baroque’s sold out gala

A rollicking time was had by the sold-out crowd, with special thanks to Sharyl Holtzman/Girl Rock Ltd., and to all the writers, readers, musicians, artists, workshoppers, performers and special peeps who have helped make Beyond Baroque what it is today. For more information beyondbaroque.org