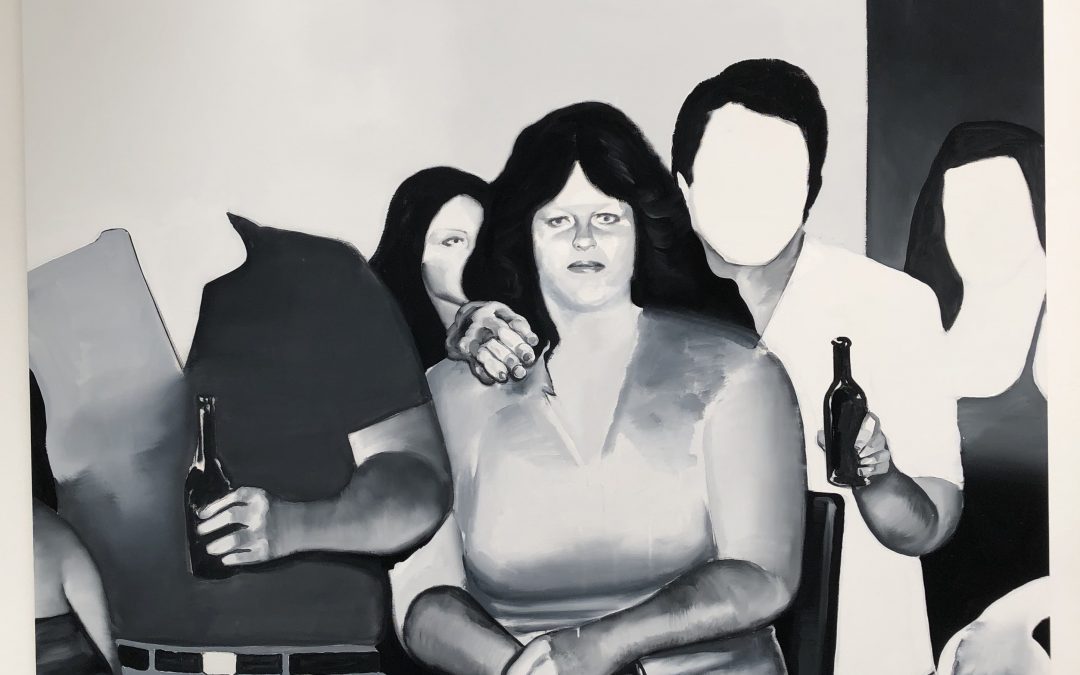 
Nestled within Blum & Poe’s expansive first floor galleries is a series of 2018 works by Tokyo-based painter Tomoo Gokita. Though nearly entirely monochrome, the paintings are not lacking in dynamism, as the optical manipulation and surrealist tendencies within them move eyes and conjure thoughts about the canvases. 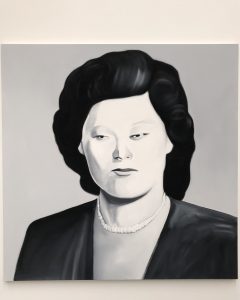 Daughter of a Fraudster

In the first room, large paintings are spaced out and spread apart. Because many of Gokita’s works are more or less portraits, they create an atmosphere in which distorted figures seemingly stare at one another, existing in a realm foreign to reality but not to themselves. The haunted house-like painting House of Terror (2018) features two men, faces blank and missing, beside a seated woman with a face also nondescript and blotted out by smudges of paint. As is the case with many of his works, the figures are rendered humanistically in volume and shading. It is the more subtle moments – a blank torso, a never-ending arm, an expressionist hand – that make Gokita’s works so peculiar and so enticing. 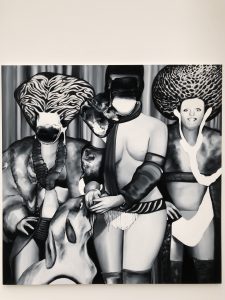 In a 2015 feature story in ArtAsiaPacific, Gokita was described as “more appreciated in the indie music and zine subcultures than by Tokyo-based curators and gallerists.” His background in zine production comes as not much of a surprise, given the storytelling nature of his paintings: Couples oppose and seduce one another; jazzy musicians pose for a photo; a boozy social hour is lost on one woman. These are only some of the characters one meets when confronted with Gokita’s paintings. 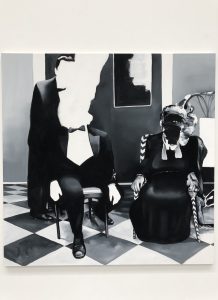 Some pieces appear to possess a three-dimensionality: in Secret Tryst, (2018), for example, a woman’s face is brushed over with thick strokes of paint. The way in which these strokes are executed makes for a layered visage, as if surface has been peeled away. Upon closer inspection, even these brush strokes are shifting in sharpness with some blurry and smooth, others handing themselves over to texture. The employment of a soft haziness throughout his pieces paired with jutting abstractions makes for a dark journey, not unlike flipping through strangers’ old family photographs – unknown, anonymous, and yet present as ever – as if one’s very life could be revealed through a single frame. 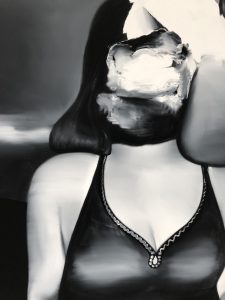 Nudity also abounds, as in Bongo Nyah (2018), and there is a transparency of flesh in Replicant J.B. (2018). Undressing the characters so extremely commands psychological analysis – the mind must not only make sense of the gaps, but must also fill them. This is what the gallery describes as “the ultimate aim of Gokita’s art: the implication of the viewer in the psychological questioning of the construction of collective cultural memory.” 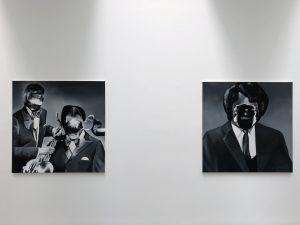 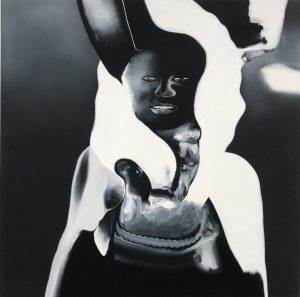 Don’t Talk About Me

Perhaps best described as surreal, noir, contemporary abstract expressionist paintings, this series is a chance to both meet interesting characters inspired by pop culture and beyond, as well as confronting oneself, all in the attempt to reconcile the soft dissonance within them. 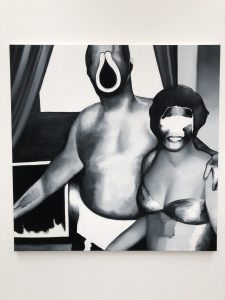 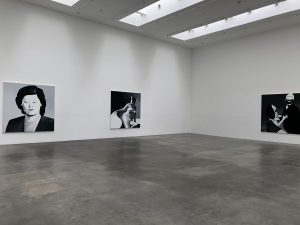 Cover image, Wrap Your Troubles in Dreams; all photos by the author