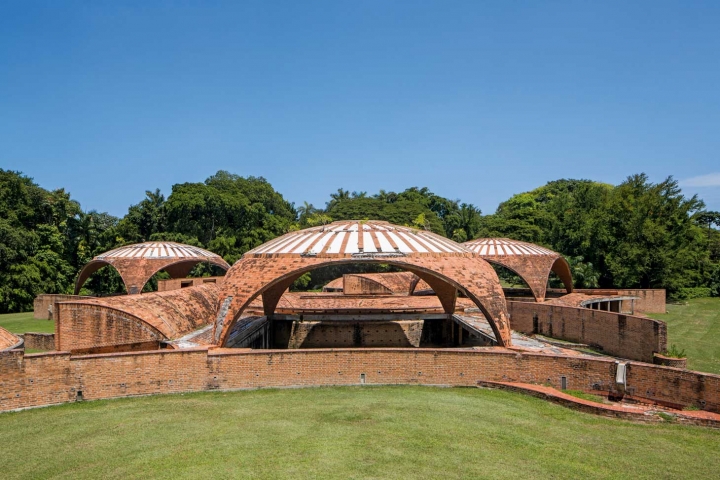 National Schools of Art of Havana in Cuba (Photo by Leonardo Finotti; Courtesy of the Getty Foundation)

The Getty Foundation today announced more than $1.7 million in architectural conservation grants dedicated to eleven significant 20th century buildings as part of its Keeping It Modern initiative. The 2018 grants once again span the globe, and include the first grants awarded to buildings in Cuba, Lebanon, Bosnia and Herzegovina, Georgia, and Ireland, as well as well-known landmarks such as the Gateway Arch in St. Louis, Missouri.

Since its inception in 2014, Keeping It Modern has supported 54 national and international conservation projects that collectively address the importance of research and planning for the preservation of modern architectural heritage.

The eleven projects selected to receive funding this year include:

“As Keeping It Modern’s international network continues to grow, we have seen grantees increasingly identify themselves with the initiative and the principles it represents,” says Joan Weinstein, acting director of the Getty Foundation. “Chief among them is an emphasis on research and planning, values that have guided the Getty’s funding for decades. We believe that Keeping It Modern projects are setting a new standard.”

Among this year’s projects, the grant for The National Schools of Art of Havana is of particular importance, given the site’s architectural significance. The complex was one of the first major cultural projects to be built in Cuba following the country’s 1959 revolution, but later fell out of favor and was shut down. In addition to a detailed study of the site, the grant includes training opportunities for Cuban conservation professionals to build local support and expertise.

Additionally the grant for Brazilian architect Oscar Niemeyer’s Rashid Karami International Fairground in Tripoli, Lebanon highlights the struggle to conserve sites ravaged by war and by decades of neglect. This boldly modernist compound of exhibition pavilions, theaters, museums, and residences was only partially completed before Lebanon’s civil war broke out in 1975, and was left in an incomplete state. A team of distinguished local and international consultants will work on the elaboration of a conservation management plan for this modern complex and explore the possibilities for adaptive reuse that respect Niemeyer’s original vision.

Other projects focus on modern materials and techniques not yet addressed by earlier grants, such as Eero Saarinen’s Gateway Arch in St. Louis, which was built with an ingenious double wall of carbon steel and stainless steel. This year also includes a second grant to the Salk Institute for Biological Studies for the implementation of concrete conservation that will set a new model for this prevalent and challenging modern building material (Salk was previously awarded a conservation planning grant in 2014). Additionally, the two new grants in Bosnia and Herzegovina and Georgia, together with previous grants in Armenia, Kosovo, Poland, and Russia, have the potential to create a strong network in the region.

“The 2018 Keeping It Modern competition was remarkable for the many strong proposals we received, especially from international applicants,” says Antoine Wilmering, senior program officer for the Getty Foundation. “We have always believed that, for cultural heritage conservation, it is crucial to first understand all the issues before doing any work, and 20th century architecture is no different. After five years of funding, the project outcomes are beginning to have a collective impact as more and more stewards embrace comprehensive planning as the bedrock for responsible preservation of modern buildings.”