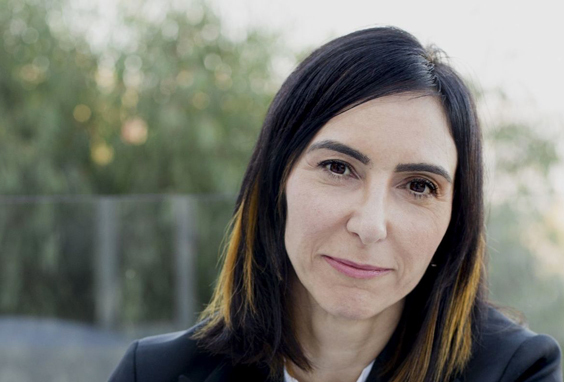 The Board of Trustees of The Museum of Contemporary Art, Los Angeles (MOCA), has announced that Maria Seferian has been elected by the Board of Trustees of MOCA to be Chair of the Board. Maurice Marciano and Lilly Tartikoff Karatz, who had held the position of Co-Chairs of the Board since January 2014, had announced earlier this year that they would step down after identifying their successor in an orderly process.

Also announced today was news that Carolyn Powers has been elected President of the Board. Ms. Powers will assume the position vacated by Ms. Seferian as she assumes her new role.

“MOCA is an extraordinary institution with an unparalleled collection and important history in and beyond Los Angeles. I want to thank Maurice and Lilly for their support and exceptional contributions and generosity to our museum. It’s a true privilege to continue serving our institution and working with our dedicated Board and staff. I’m thrilled to work with Klaus Biesenbach, our new director, to help shape the museum’s exciting future.” Ms. Seferian said.

“I am deeply honored by this appointment and look forward to working with Maria and my fellow trustees at MOCA to ensure the museum’s continued growth and development,” says Ms. Powers. “There is so much enthusiasm and love for MOCA. By effectively harnessing this energy we will do great things!”

“I speak on behalf of myself and Lilly when I say that is has been a great honor and privilege to serve MOCA as its co- chairs and to see the museum thriving and financially stronger than ever, with an endowment over $134 million, and such a bright future,” says MOCA Trustee Maurice Marciano. “We congratulate Maria and Carolyn and look forward with confidence and enthusiasm to supporting them. I am especially excited to welcome Klaus as our new director. He has a great vision for MOCA and he and his team will have our full support.”

Ms. Seferian assumes leadership of the Board as MOCA enters into its 40th anniversary year. Ms. Seferian has served as President of the Board since 2015, and she served as chair of MOCA’s Search Committee, together with Catherine Opie, Mark Bradford, Cliff Einstein, and Carol Appel, that identified Biesenbach to become MOCA’s new Director. Ms. Seferian also served as Interim Director of MOCA from Fall 2013 to Spring 2014 during MOCA’s unprecedented endowment campaign to bring MOCA’s endowment to over $100 million and preserve the continued independence of the museum. Prior to that, Ms. Seferian was a partner at Munger, Tolles & Olson specializing in Mergers & Acquisitions, corporate governance, and capital markets.

Ms. Powers joined MOCA’s board in 2009 and has been co-chair of the development committee for almost five years. She is a nationally-respected cultural philanthropist who has served on many boards of all sizes across the country.

Powers has served on the board of Americans for the Arts since 2014, the Kennedy Center National Committee for the Performing Arts (2009-present) and International Committee (2013-2018), and has been a trustee of the GRAMMY Museum Foundation since 2011, to name but a few. Her passion for art and culture is matched by her deep knowledge of and commitment to philanthropic leadership and governance.