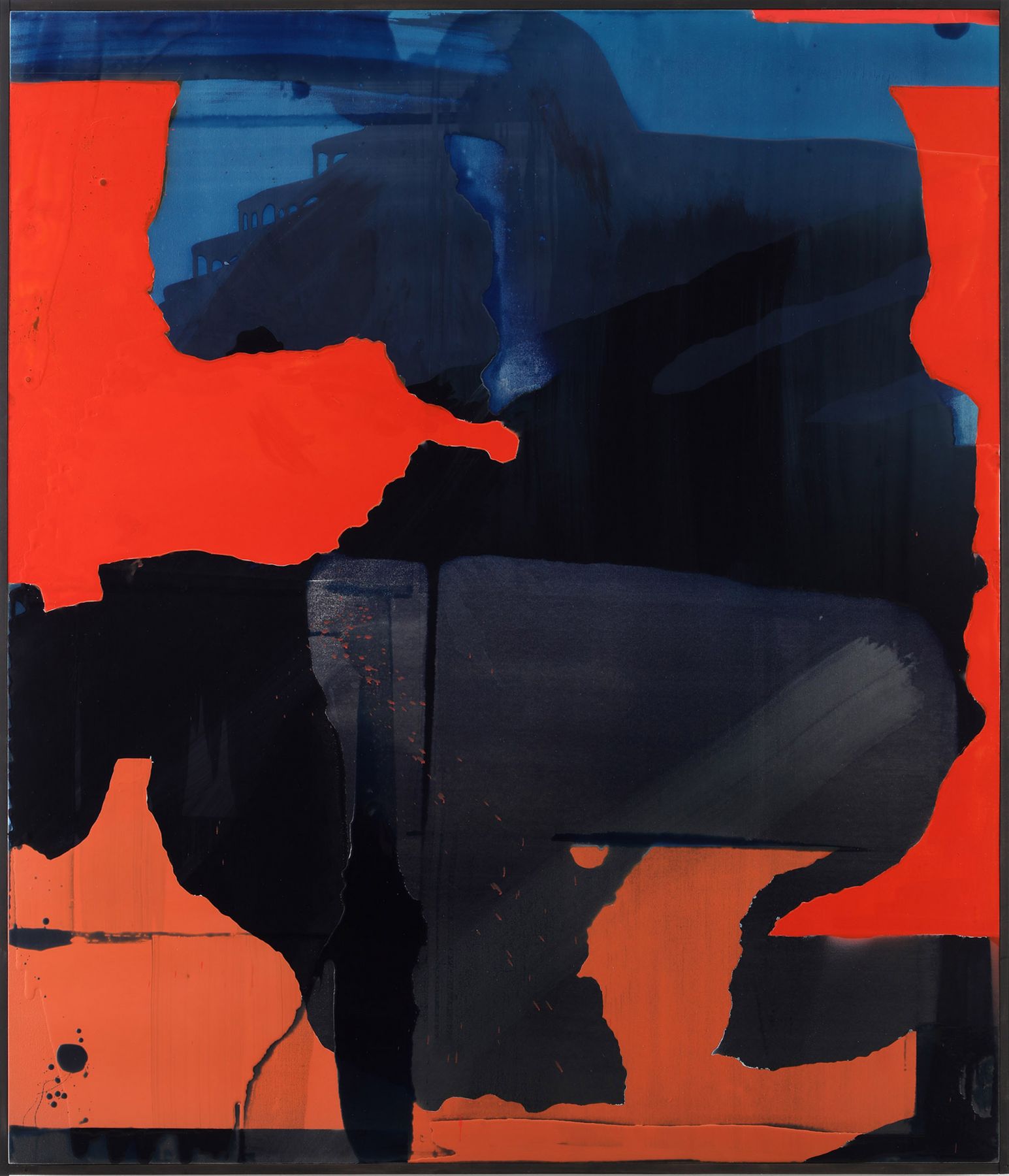 Hubbard’s video works are composed like paintings — a flattened plane onto which a series of actions unfold — and render visible the performative nature of the artistic process. They feature sequences of simple acts of creation and destruction, often executed in a slapstick manner. In Collapse of the Expanded Field (2007) the viewer watches as the artist’s hands swiftly assemble a still life of flowers, chops off each bud stem by stem, and smashes the glass vase with a hammer until the constructed scene is wholly decimated and transformed. The evolving layered compositions present a visual cacophony that is the result of both deliberate gestures and aleatory effects. In his essay The Stuntman, curator Jay Sanders writes, “Hubbard’s oeuvre of video performance works transcribes and communicates an important phase of intellectual interlude, a synthesis that is made plain, evident, unassuming, and emphatic. A solid step, like crumpling a piece of paper into a ball, then smoothing it out again.”

Hubbard’s paintings extend investment in the figure-ground relationship established within his video works. An early series referred to as “garbage paintings” were created using found objects fused into abstract compositions. Recently, Hubbard’s paintings have become more three dimensional in nature. A synthesis of painting and sculpture, his abstractions are created utilizing industrial mediums like resin, fiberglass, pigmented urethane, and auto-body paint. Polychromatic layers are dripped and pooled on top of each other, creating varying textures from thick and viscous to opaque and translucent.

“I have been a great admirer of Alex’s work for many years and his ability to integrate so many seemingly disparate materials into his practice,” said Shaun Caley Regen. “We are thrilled to welcome him to the gallery, and look forward to presenting an exhibition of his work in the fall of 2019.”

Alex Hubbard was born in Toledo, OR in 1975. He received a B.F.A. from Pacific Northwest College of Art. In 2003 he attended the Whitney Museum Independent Study Program. He lives and works in Los Angeles, CA.