With rich orchestrations, thundering choruses and an endless flow of rapturous melodies, one of Verdi’s grandest and greatest works is an enthralling tale of morality and mortality. Mega-tenor turned baritone, Plácido Domingo, and maestro James Conlon joined forces once again for this spectacular Verdi masterpiece, Don Carlo. And to call Domingo the eighth wonder of the world – voice-wise – is not an understatement. The singer, on the cusp of 80, delivered in mellifluous spades, making this oft-performed work – Verdi’s 23rd opera – a thrill ride on many levels. 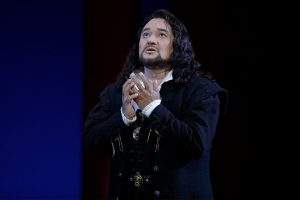 Don Carlo, like many operas, boasts an über-complicated plot, so here’s a thumbnail sketch of the undisputed classic that opened Los Angeles Opera’s 2018-2019 season: A drama set in the 1500s at the court of Philip II of Spain, this work depicts the conflict between the king and his son, bringing into full view the horrors of the Inquisition. In other words: After losing his fiancée to his father, the king of Spain, the broken-hearted Don Carlo realigns his sympathies and turns against the Spanish Inquisition (talk about a no-brainer), knowing full well that his vow to fight for liberty might ultimately cost him his life. As the titular Don Carlo, superstar Ramón Vargas returned to Los Angeles for the first time in nearly two decades, with Domingo as his heroic best friend, Rodrigo. Their duets alone are worth the price of admission: robust, heartfelt and vocally brilliant. 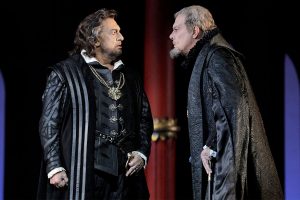 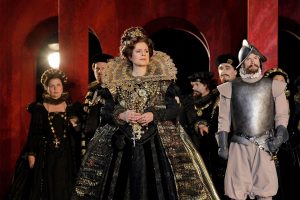 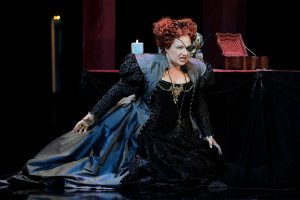 Also in the cast: sopranos Ana María Martínez as Elisabeth de Valois, Queen of Spain (she sung like a fiery angel), and Anna Smirnova as Princess Eboli in a striking LA Opera debut, bassos Ferruccio Furlanetto as Philip II, and the powerful Morris Robinson as The Grand Inquisitor, a blood-curdling presence. Rounding out the roster are tenor Joshua Wheeker as Count Lerma, soprano Liv Redpath, A Celestial Voice, Taylor Raven, a page and Soloman Howard, a friar. 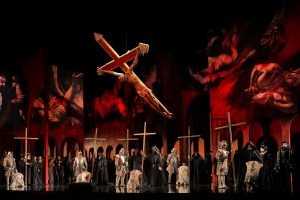 A scene from LA Opera’s 2018 production of Don Carlo. Photo by Cory Weaver 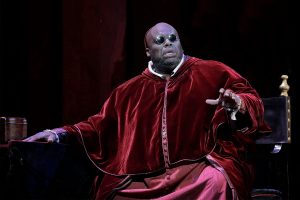 For a chance to see opera at its best, run, don’t walk, to see this production of LAO’s Don Carlo, not only for the operatic miracle that is Plácido Domingo, but also for the emotional lift that opera, the highest of art forms, can give in these troubled times.