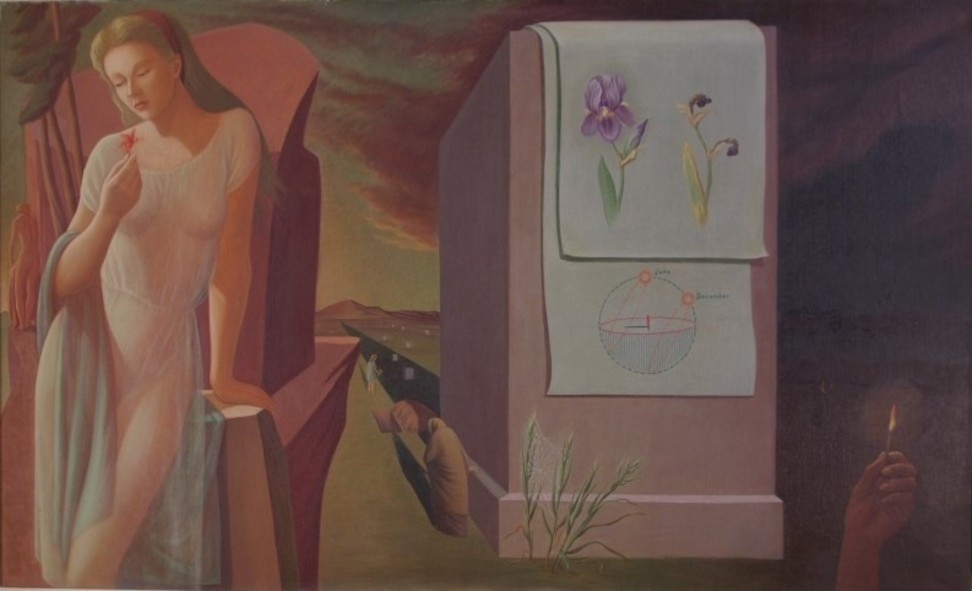 Helen Lundeberg (1908-1999), The Evanescent, 1941-1944 From the collection of Harry and Miriam Carmean ©The Feitelson/Lundeberg Art Foundation

Pasadena Museum of History presents Something Revealed; California Women Artists Emerge, 1860-1960, a fine art exhibition of over 250 works offering a new appreciation of the artists who defied gender and expectation in an era of inequality. Although some of the featured artists have achieved name recognition, the exhibition will focus on historically important yet unknown and underappreciated California artists and the role they played in shaping the arts and culture in California spanning 100 years.

Phase I of Something Revealed will open on September 29, 2018. In order to showcase as many works as possible during the run of the exhibition, the galleries will be partially re-installed with Phase II, featuring numerous additional artworks in January 2019, and remain on view through March 31, to coincide with Women’s History Month (March). The reinstallation of the show ensures a new and exciting presentation during the course of the exhibition and allows added opportunities and incentives for the viewer to engage with these remarkable artists who have been overlooked for far too long.

At a time when historical artists are being rediscovered, the exhibition will present a long history of excellence in female-created art by over 150 artists, with works on view by Belle Baranceanu, Mary Blair, Elizabeth Borglum, Nelbert Chouinard, Eva Scott Fenyes, Jason Herron, Ruth Miller Kempster, Bertha Lum, Helen Lundeberg, Elsie Palmer Payne, Agnes Pelton, Elise Seeds, Thelma Johnson Streat, Vivian Stringfield, Beulah Woodard and many others through an eclectic array of styles and media from traditional to abstractions, thereby demonstrating that women could and did contribute to the evolution of style, technique, and exploration in the world of art, especially in California.

“Something Revealed will shatter any preconceived notions of the limitations of art created by women,” says exhibition curator Maurine St. Gaudens. The exhibit is an extension of her recently published four volume book Emerging from the Shadows; A Survey of Women Artists Working in California, 1860-1960 (Schiffer Publishing, 2016).