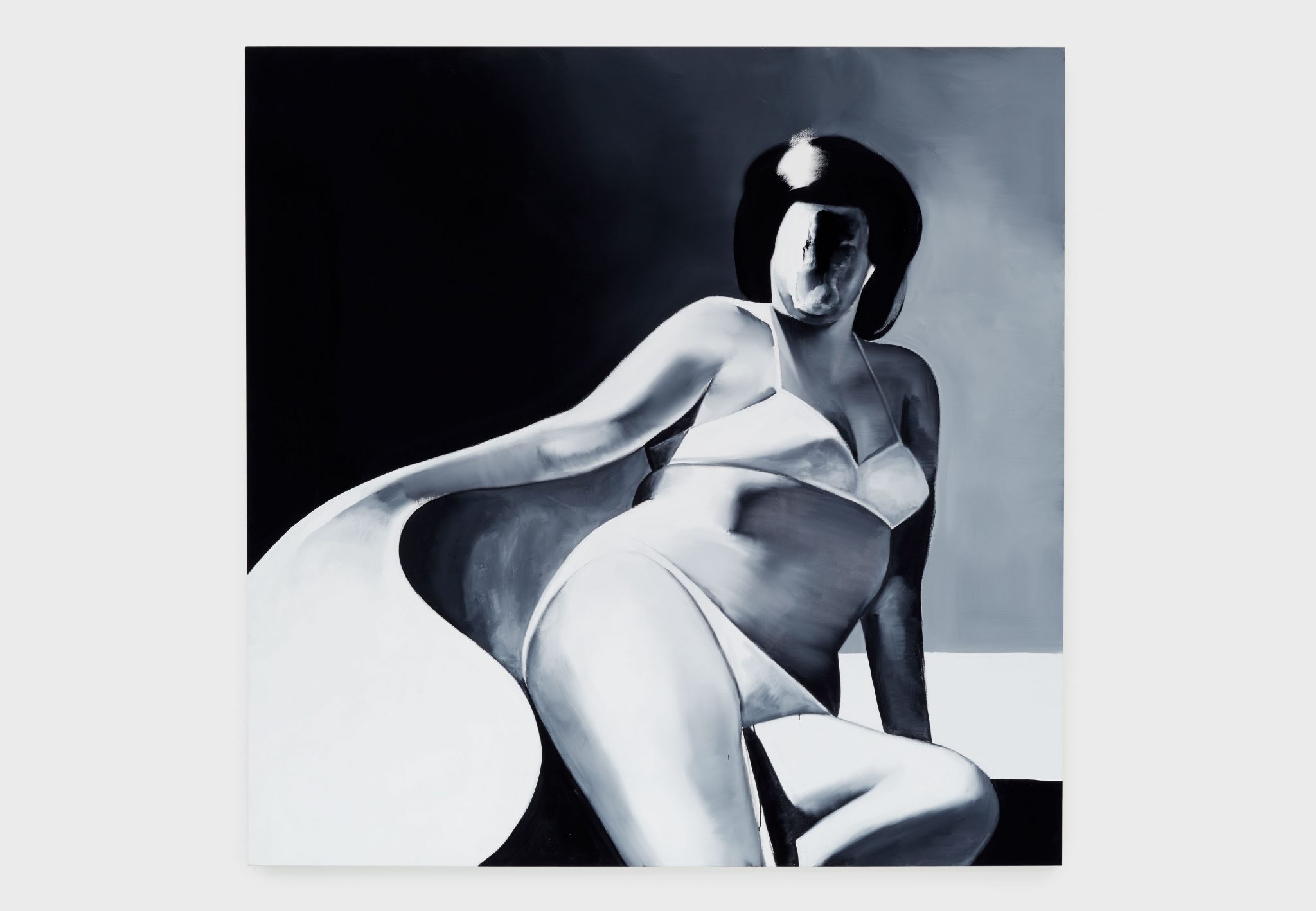 Blum & Poe is presenting an exhibition of new work by Tokyo-based painter Tomoo Gokita. This is the artist’s first exhibition with the gallery. In his piercing, psychologically charged monochrome and greyscale paintings, Gokita portrays stylized cultural types against ambiguous backgrounds. Whether depicting wrestlers, starlets, dancers, or newlyweds, the artist shrouds his subjects in an atmosphere of eerie anonymity. Some compositions seem grounded in specific art historical references—ranging from Surrealism to post-war German figurative painting—yet are often imbued with the syntax of mainstream culture and its more obscure undercurrents. Viewers are left scavenging their memories for cultural indicators or contexts to complete the elusive, often inscrutable narratives before them.

The signature style of Gokita’s painting practice developed from his earlier career as a graphic designer in the late 1990s and early 2000s. At that time, he produced a series of newsprint books inspired by vintage magazines, film stills, pornography, and postcards—influences that endure to this day. Although Gokita’s penchant for pop culture immediately made him a celebrated figure within the fashion and music scenes, he also felt creatively cornered by this kind of attention. In 2005, he set aside graphic design entirely for the unconstrained artistic freedom of painting and drawing.

This exhibition presents a body of new paintings, all on square canvases. In Bongo Nyah (2018), the female nude—among the most prevalent tropes in representational art—is rendered with a sensual but disquieting intensity. The classicism of her seated pose and hand gesture, recalling the figurative tradition of 19th-century masters such as Manet, is ruptured by the smeared distortion of her face.

This tension is sustained in double portraits such as Living Together (2018), the Gentleman Two (2018), and Love Duet (2018), in which Gokita dramatizes the awkwardness of his subjects’ poses and the ambiguity of their relationship to each other. In the group portrait Wrap Your Troubles in Dreams(2018), a seated woman, rendered with unusual fidelity, stares directly at the viewer. Her uncomfortably crossed legs and conjoined hands emphasize the ultimate aim of Gokita’s art: the implication of the viewer in the psychological questioning of the construction of collective cultural memory.