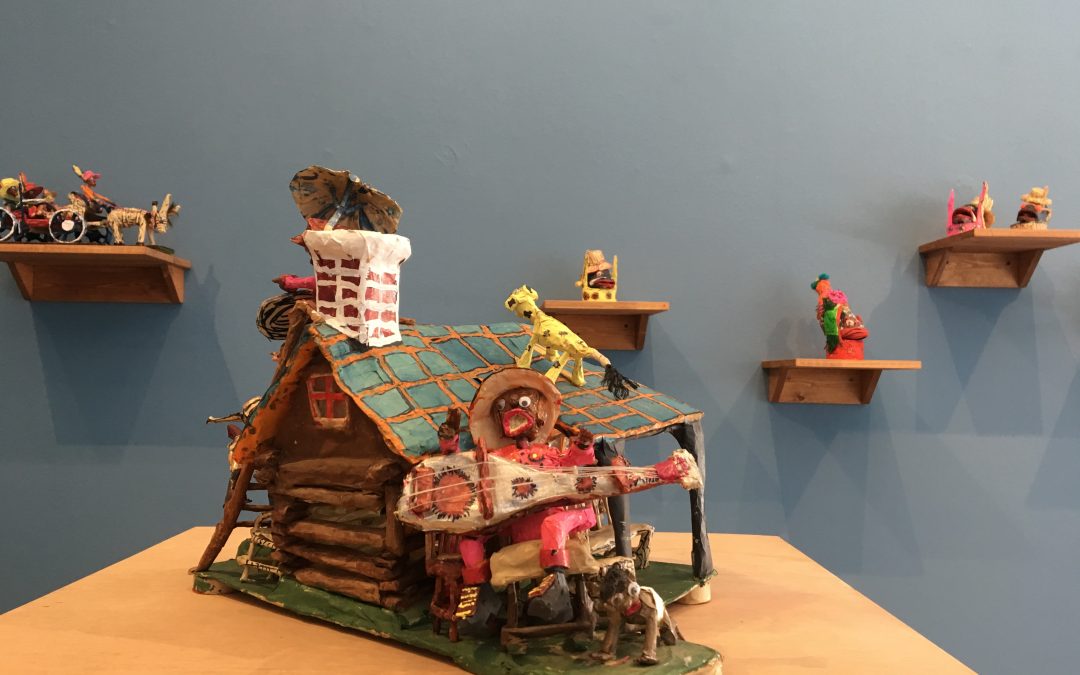 
Willard Hill, at 84 years old, is only beginning to get national and international recognition for his art, which some might describe as unconventional. Indeed, Hill’s surprising journey originates from somewhat of a dark place: Having been hospitalized more than twenty years ago and medically advised to stay home, he soon began using found materials, including the literal ground beneath him, to craft whimsical, colorful and dynamic characters. 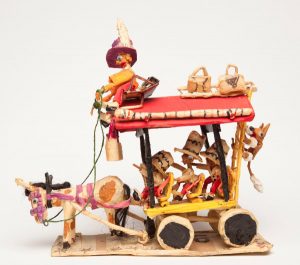 Hill employs objects such as toothpicks, rocks, tape, plastic bags, wire and more. According to the press release, the sculptures are described thusly: “Whatever a piece reminded him of as he worked, that’s what it became.” A video of the artist from Black Art News is a glimpse into Hill’s Manchester, Tennessee home, which serves as both his studio and exhibition space, and absolutely teems with his creations, ultimately revealing the kind of maker Hill is: one who lives from, with and through his sculptures – from origins to final states. 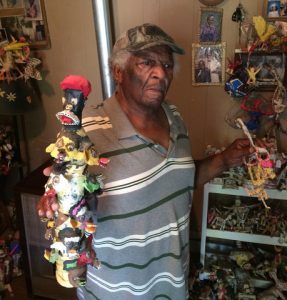 On view at The Good Luck Gallery, Paige Wery’s space known for its focus on Outsider and Folk Art, the works are mostly showcased on free-standing platforms in the center of the gallery rather than on the walls, as Hill’s works have evolved both in scale and compositionally since he last showed at the Chinatown gallery. No longer solely made of tape as in the past, the art is comprised of numerous materials and embellished with paint, sometimes making the materials difficult to discern. Hill does, however, still use plastic bags, parts of wigs, and real fish heads – some adorned with googly eyes and masking tape hats. 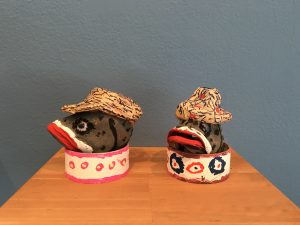 Having been a cook and avid fisherman for decades, Hill now makes works that seem more naturalistic than surprising. Pieces such as Untitled (Three Head Totem Sitting) harken back to ancient artistic practices, though many works are inspired by daily activities of “small town life”: fishing, horseback riding, music making, sitting, and, well, schmoozing. Taking this into consideration, the platforms upon which the sculptures sit comprise a landscape in which these brightly-clad characters with exaggerated expressions, refuse to take themselves too seriously. 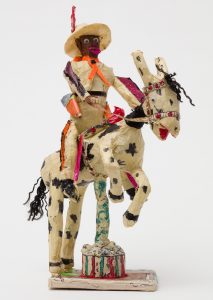 Having established himself within the African-American art diaspora, Hill has stated, “Now I’m somebody.” With this declaration, he is not only referencing the magnitude of what his art has accomplished, but also how far it has traveled from its provincial origins, with exhibitions in Paris and New York, to name but a few cities. 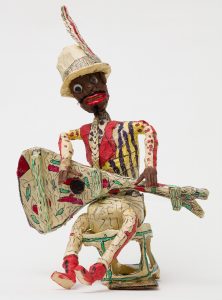 Untitled (Man with Mustache and Instrument)

Not only is Hill somebody, but his character, through his art, takes on the form of many bodies, ranging from the surreal to the decidedly human. Rooted in his origins and, often the very ground he walks on, Hill’s art touches upon various aspects of the human experience. By salvaging what some would deem as waste and the anthropomorphizing of the regular, Hill shows time and time again the notion that from this deep excavation comes radical transformation, and that beauty and knowledge can – and does – exist anywhere one is willing to look. 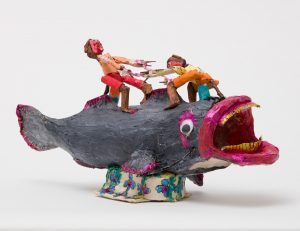 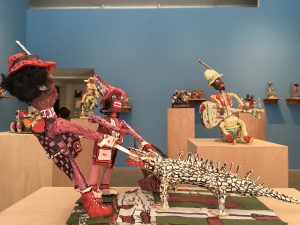 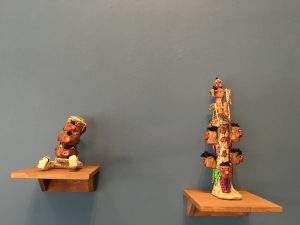 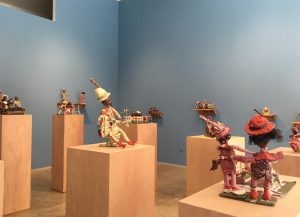 Photos Courtesy of the author and The Good Luck Gallery