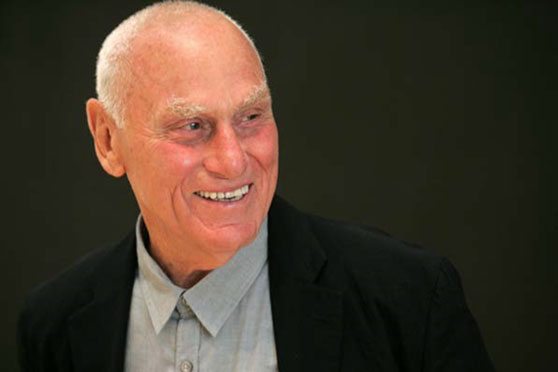 The J. Paul Getty Trust has announced it will present the annual J. Paul Getty Medal to Thelma Golden, director and chief curator of the Studio Museum in Harlem; Agnes Gund, president emerita of the Museum of Modern Art (MOMA); and sculptor Richard Serra.

Established in 2013 by the trustees of the J. Paul Getty Trust, the J. Paul Getty Medal has been awarded to eight individuals to honor their extraordinary contributions to the practice, understanding and support of the arts.

“The Getty Medal embodies and promotes excellence in the fields in which we work,” said Maria Hummer-Tuttle, chair, J. Paul Getty Board of Trustees. “We are honored to present the medal this year to three leaders and creative forces within the visual arts.”

James Cuno, president and CEO of the J. Paul Getty Trust, said of Thelma Golden, “Thelma is a creative and influential leader in our field, who has led the growth of the Studio Museum, making it one of our nation’s most dynamic visual arts institutions, inspiring to professionals and public alike. We are honored Thelma has agreed to accept the Getty Medal.”

“I am deeply honored to receive the Getty Medal, and I thank the Getty’s Board of Trustees for their worldwide commitment to the arts,” said Ms. Golden.

Of Agnes Gund, Mr. Cuno said “Her leadership and philanthropy in the arts is unparalleled, exemplified by her founding of the Art for Justice Fund. She has helped grow and sustain many of the nation’s most prestigious arts institutions, and nurtured many of its most important smaller ones. We are honored to have had the benefit of her leadership as a Getty Trustee during important years of growth and planning.”

“I am very pleased to have played a role in the development of the Getty in its early years as an international arts institution, and am touched by this honor,” said Ms. Gund.

Mr. Cuno hailed artist Richard Serra as the leading sculptor of his generation. “His monumental works have not only transformed the landscapes in which they are placed, they transform our ideas about sculpture itself,” said Mr. Cuno.

“I am deeply honored for having been added to the distinguished list of recipients of the Getty Medal Award,” said Serra.

The awards will be presented at a dinner at the Getty Center in Los Angeles on September 24, 2018.

Past recipients of the J. Paul Getty Medal have included Harold Williams and Nancy Englander, who were honored for their leadership in creating today’s Getty; Lord Jacob Rothschild, for his leadership in the preservation of built cultural heritage; Frank Gehry, for transforming the built landscape with buildings such as the Walt Disney Concert Hall; Yo-Yo Ma, for his efforts to further understanding of the world’s diverse cultures; Ellsworth Kelly, for paintings and sculptures of the highest quality and originality; Anselm Kiefer, painter and sculptor noted for his powerful work and complex subject matter; and Mario Vargas Llosa, Peruvian writer, politician, journalist, college professor and recipient of the 2010 Nobel Prize in Literature.