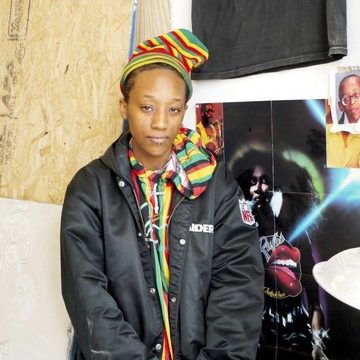 The Hammer Museum today announced that artist Lauren Halsey will receive the
$100,000 Mohn Award honoring artistic excellence. Since 2012, the Mohn Award is given in
conjunction with the museum’s biennial, Made in L.A., organized this year by Hammer curators Anne
Ellegood and Erin Christovale. As part of the Mohn Award, the museum will also produce a monograph
of Halsey’s work.

Additionally, Daniel Joseph Martinez will receive the Career Achievement Award honoring brilliance
and resilience; and EJ Hill will receive the Public Recognition Award, as chosen by visitors to the Made
in L.A. 2018 exhibition. Both artists will receive $25,000.

“Lauren Halsey’s ambitious sculpture is impressive as a site-specific installation at the Hammer and as a
prototype for her upcoming public artwork in the South Central community. The Mohn Award recognizes
her distinctive iconography and community-building vision,” said Ann Philbin, Director of the
Hammer Museum. “Daniel Joseph Martinez has been active for decades as both artist and teacher, and
the Career Achievement Award celebrates his contributions to the Los Angeles art community. Our
visitors responded strongly to EJ Hill’s moving durational performance and immersive installation. We
are thrilled to distinguish all three of these formidable artists and their work.”

All three awards were once again funded through the generosity of Los Angeles philanthropists and art
collectors Jarl and Pamela Mohn and the Mohn Family Foundation as part of Made in L.A., the
Hammer’s biennial exhibition series highlighting emerging and under-recognized artists from the Los
Angeles region. The exhibition is on view through September 2, 2018.

The Public Recognition Award was determined by visitors to the Hammer Museum’s Made in L.A. 2018
biennial between June 3 and August 19, 2018. More than 70,000 people visited the exhibition in that
time period. During their visit, audiences were encouraged to vote for their favorite artist in the
biennial.

“The spaces Lauren Halsey invites us into are fantastically futuristic and historically rooted celebrations
of the real life experiences of her friends, family, and neighbors who stay in the iconic neighborhood of
South Central L.A., where she grew up and still works,” stated Thomas J. Lax. “Lauren’s installations
are prompts for people to come together, both in the space of the museum where she observes, mourns,
and celebrates the friends and neighbors who come in and out of the work, and in the middle of the
city where daily life sustains this historic community.”

“Daniel Joseph Martinez has had a tremendous impact on several generations of artists in Los Angeles,
and has helped to shape the development of the art scene through his involvement in seminal art
spaces in the city. He is an artist whose work and discourse are always profound, always question, and
always push at the edges, whether it is through interrogations of power dynamics, global politics, or
the nature of being. He is tremendously deserving of this award, and it is so wonderful to celebrate him
at this moment,” wrote Pilar Tompkins Rivas.

“EJ Hill’s work best embodies, in the most literal sense, a theme we saw echoed throughout the
biennial—the incredible human capacity for resilience,” said Liz Munsell. “His stunning act of duration
points to the systemic stacking of the odds against queer, black, and brown bodies while addressing
the institutions that structured his upbringing. By externalizing his personal experiences, he has
provided the public with a collective forum for release and growth. Clearly the generosity of his
performance resonated with the communities of Los Angeles and beyond.”