Various Artists: ‘ONE SHOT’
An Explosion of Color Field Works 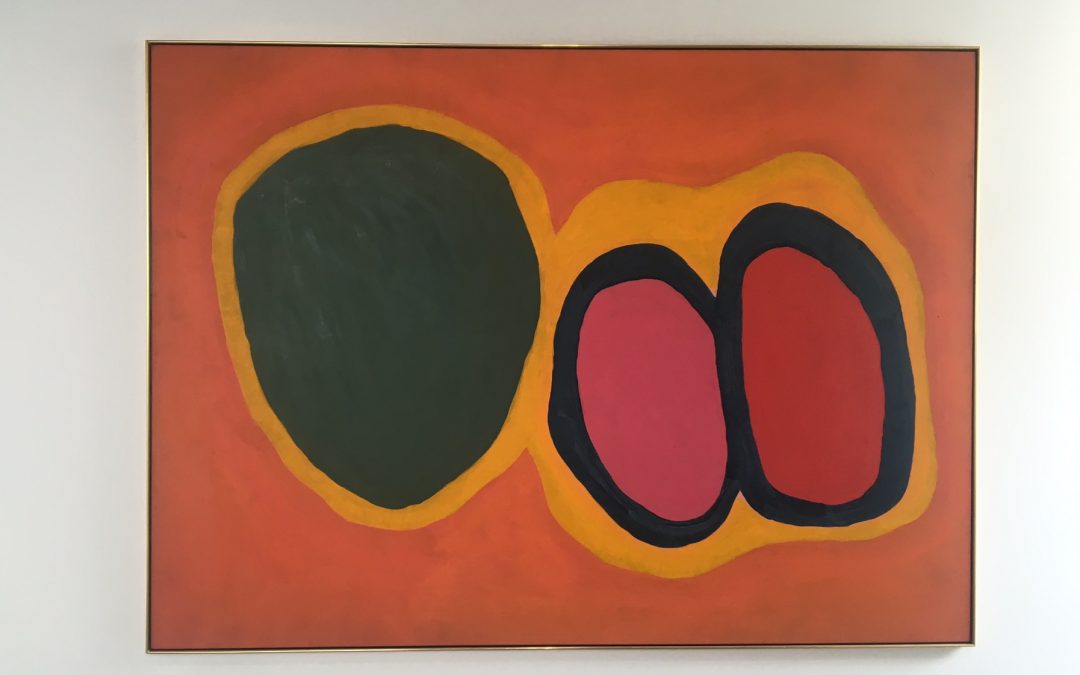 
The latest show at UTA Artist Space is the gallery’s first to take place at the new Ai Weiwei-designed Beverly Hills location. Highlighting Color Field artists, including Helen Frankenthaler, Thomas Downing, Kenneth Noland and Sam Gilliam, the show features works from the 1950s to the 1970s. 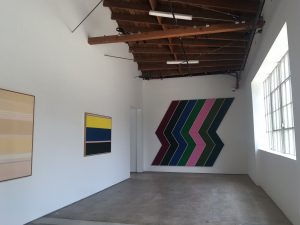 As for the title, it was “inspired by a term Kenneth Noland and Morris Louis used during the 1960s when describing a new and direct approach to painting. Noland explained, “‘Morris and I used to talk about what we called one-shot painting. I guess it had to do with the fact that if you were impressed with what you were doing, you only had to do it one time…’”

Having previously featured works by younger artists, including Petra Cortright, this group show of older art stars is a different display for the gallery, and in that sense, a show appropriate to introduce change. Having moved from Boyle Heights to a newly-converted warehouse, UTA’s new gallery is painted white with an industrial ceiling comprised of metal bars and wood panels, all flooded with natural light, which does wonders for the works – whose colors must be experienced in person to be appreciated and seen accurately. 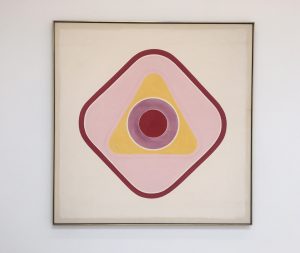 The paintings are vast, and thus fill the space with their scale and color. The main room showcases large works with dominating stretches of pigment. One notices how the dark purple circles in Thomas Downing’s Azure Width (1964) give way to the eggplant hues of Jules Olitski’s Romance (1965), which take a backseat in the nearby Lucy’s Fancy (1960), whose spherical imagery cues the pattern of circles in Grid 11 Saranac (1971). 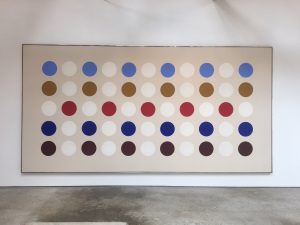 A stripped-down, “mythic” form of painting, Color Field works depend on the organic manner in which they were achieved. Particularly intriguing are the little splats of paint that are visible on the often immense canvases, such as Downing’s Azure Width and Olitski’s Lucy’s Fancy. This lends the otherwise flat and cool surfaces a humanness that is almost voyeuristically fascinating to witness. 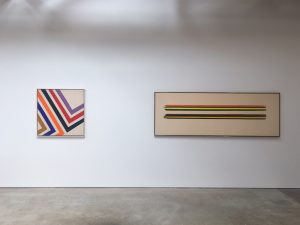 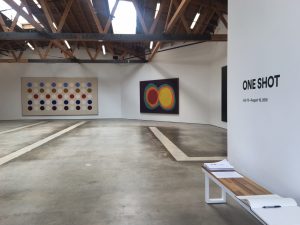 The press release describes the show as beginning “with large expanses of contemplative color and progressing to geometric shapes and patterns, [where] visitors can trace the progression of the movement and the participants’ influences on one another and their successors. Stained, soaked, sprayed, and poured, paint became one with the canvas as these “all-over” pictures spread beyond the edges of the canvas.” 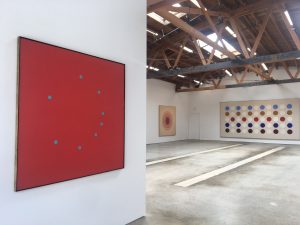 Curated in a visually straightforward manner, though not chronologically, the show allows one to see that the Color Field movement was not staunchly linear but rather dynamic and fluid. UTA stated that “half a century later, ONE SHOT aims to present these artists from a fresh and unique perspective and introduces their work to a new generation of viewers.” 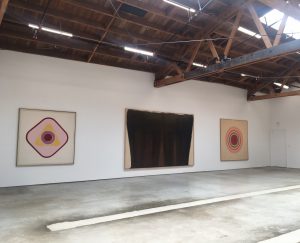 Visually pleasing, the show will undoubtedly intrigue this generation’s unquenchable desire for aesthetically amusing social media snaps. In a moment when inventive constructions and visual resumes have become extensions of identities, this exhibition is decidedly a timely way to revisit this post-post war group of artists.

All photos by the author.