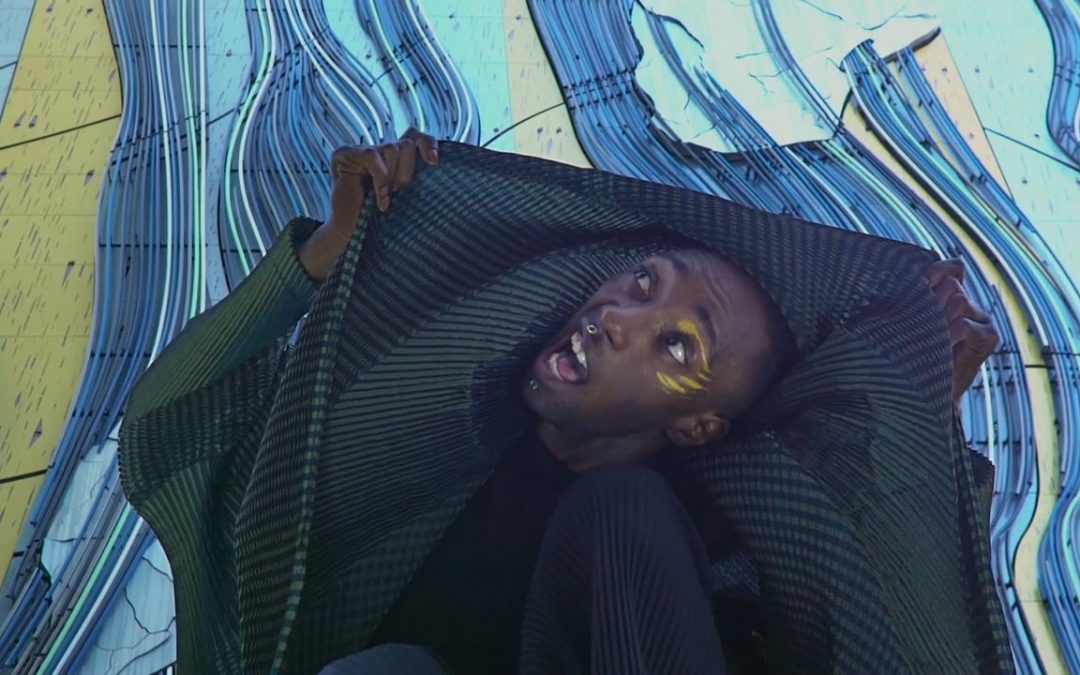 Ghost Story follows four dancers in search of a narrative as they prowl the interiors and exteriors of Bjarke Ingels’ new DAM Award-winning VIA 57 West in NYC, responding to the building’s architecture and scale with movement.  Artist Stephen Glassman’s Flows Two Ways, the 8-story sculpture forming its entry, was heralded as, “The most innovative New York City wall work in 50 years.” The film blends contemporary and street dance forms, with the architectural fashion of legendary Japanese designer Issey Miyake.  Ghost Story was directed by Sarah Elgart and produced by Stephen Glassman Studio as part of their continuing practice of generating the intuitive human gesture on a civic scale. Pictured in this clip are Storyoard P and The Ghost of NY.

Ghost Story continues to be accepted into a variety of film festivals including the gold standard, American Dance Festival’s Movies by Movers, and LA Dance Shorts Film Festival, among others. Ghost Story was also named one of the top five films of Architecture & Design Film Festival in Athens, Greece by Metal Magazine. Congratulations!