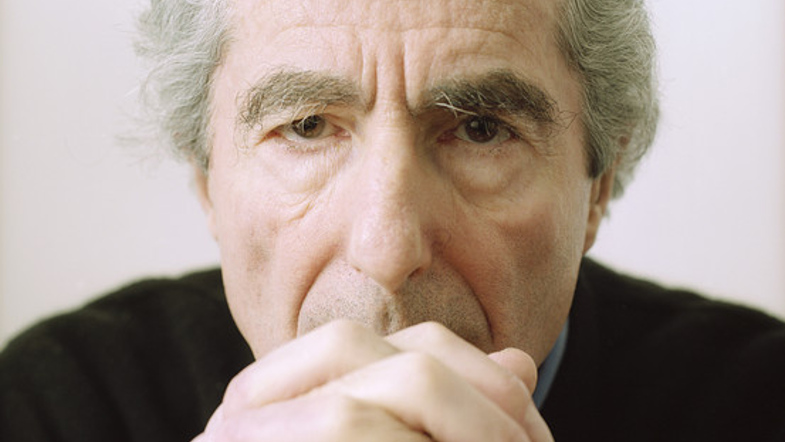 Although I’ve been the recipient of fan letters myself, I had never written one, until, that is, I scribbled one to Philip Roth. This was after I read I Married a Communist (the second of his brilliant 1990s trilogy, American Pastoral being the first which also won the Pulitzer Prize), in which one of his characters played the harp. Well, Roth never responded. Did his publisher even forward the letter to the near-recluse who lived in Connecticut at that time? Did I actually expect he would? Would this leave a sour Rothian taste in my mouth? Would I care? I never knew the answer to the first, I hoped the answer to the second would be affirmative and no, those were not reasons enough to go all negative on Roth, but I bring it up now because the inevitable happened: Roth, the titan of words, the “born spellbinder and peerless chronicler of sex and death,” shall write no more (something he had announced to the world in 2012 – that Nemesis, from 2010, would be his last novel – and he’d stayed true to his word), has died of congestive heart failure at age 85 on Tuesday. Roth was a literary rock star, a chronicler of and for our times, but specifically a teller of quasi-autobiographical tales from the white Jewish male POV. Yes, Roth was often accused of misogyny, but that never really bothered me. His writing was too rich, too funny, too tragic and too kaleidoscopic, his overstuffed sentences and serpentine-like paragraphs something akin to Cubist paintings. And talk about a phenomenally prolific output! Roth wrote some 30 books, with many from his so-called late period outright masterpieces, to put it mildly. And who else but Roth would write a protracted, passionate letter to Wikipedia, one challenging the online encyclopedia’s absurd contention that he was not a credible witness to his own life? Hah, Wiki eventually redid the Roth entry in its entirety, and in 2005, Roth became only the third living writer to have his books immortalized in the Library of America. How’s that for a credible witness? A smattering of great titles from Philip Roth

Having been born in Newark and growing up in Weequahic, Roth, according to the New York Times, wrote of that neighborhood as “a kind of vanished Eden,” making him a mensch when it came to giving back: The writer donated roughly 4,000 books to his “other home,” the Newark Public Library, with his personal collection of books including Salinger, Bellow, Kafka and Eastern European novelists Bruno Schultz and Ivan Klima. The added bonus? Each book was timestamped, so to speak, with Roth’s annotations, underlines and margin-scribbled thoughts, of which there were many. And while the Nobel Prize eluded Roth, he did win a slew of the other top honors, including two National Book Awards, two National Book Critics Circle awards, three PEN/Faulkner Awards, the aforementioned Pulitzer and the Man Booker International Prize, with the praise and onslaught of obituaries having been huge – as well they should be. That said, I’ll just quote Scott Raab from a 2010 Esquire interview he did with Roth, the pre-eminent figure in 20th century literature: “Read the books. The Newark wiseacre spitting out novels like a bachelor-party stripper firing Ping—Pong balls out of her snatch is seventy-seven years old now. Behold a master, treasure his work, and shut the fuck up. Just read the books.” Thanks, Scott! That sounds like a plan – to reread Roth – as it’s doubtful we’ll ever see his like again.