Shepard Fairey & Vhils: “American Dreamers”
Up Against The Wall in Silver Lake 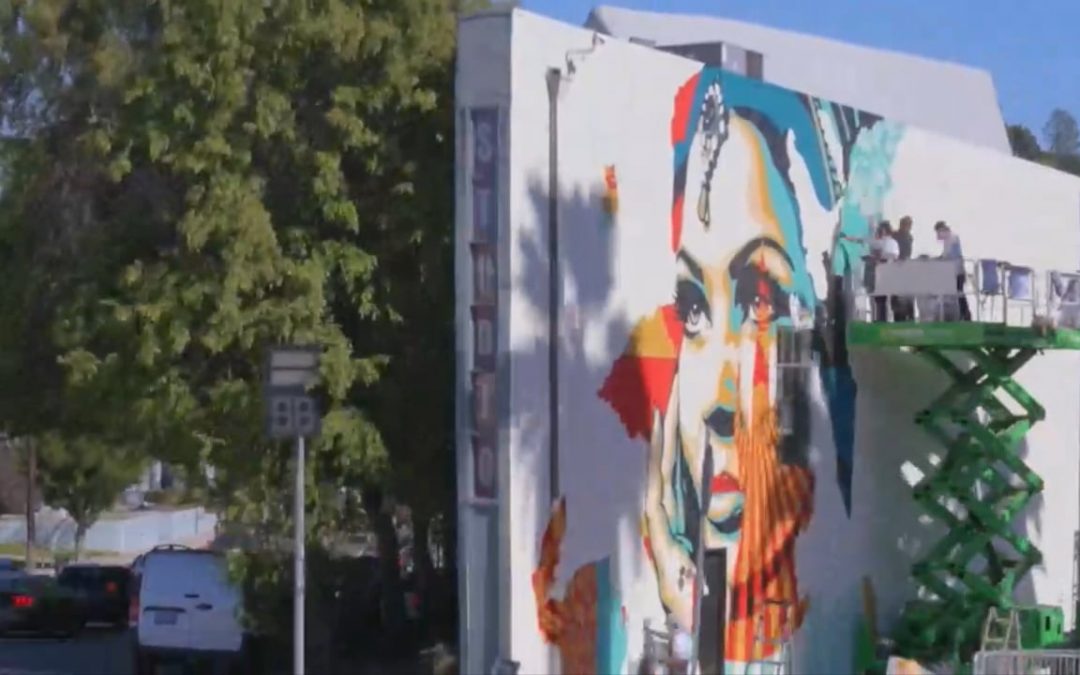 “I live in this neighborhood, so Mack Sennett is a spot that I come to for many events and have driven by regularly for the past 10 years. This is an amazing wall. To get this place so close to my house, it’s an exciting collaboration for me, and it’s something I will be able to enjoy.” — Shepard Fairey

The center of the American Dreamers mural, which was completed in less than a week, features Fairey’s iconic Target Expectations image, addressing the challenges of becoming a resident of, and now just visiting, the United States. The chiseled textures and portraits with women of different ages were added by Vhils to symbolize the multi-generational nature of the struggles of immigrants.

In a statement about the motive behind the politically-charged piece, Fairey points out: “As it turns out, there are various target criteria that make a person an ideal candidate to immigrate, but most people who might long to fulfill the “American Dream” are exceptions to the target qualifications, especially considering the attitudes and attempted policies of the current administration.”

Fairey and Vhils shared the same sentiment that “refugees and people who would expand diversity seem altogether unwelcome in the U.S. at the moment.” The pair first collaborated last year on a large mural in Lisbon, featuring the face of a woman from Fairey’s iconic Universal Personhood series.

On working with Vhils, “He’s like-minded philosophically [and] his sense of how to make something powerful graphically coupled with his point of view on social and political issues makes me want to work with him anywhere.” — Shepard Fairey

The Mack Sennett Studios is located at 1215 Bates Ave., L.A., CA 90029 and the American Dreamers mural is on the corner of Bates and Fountain.