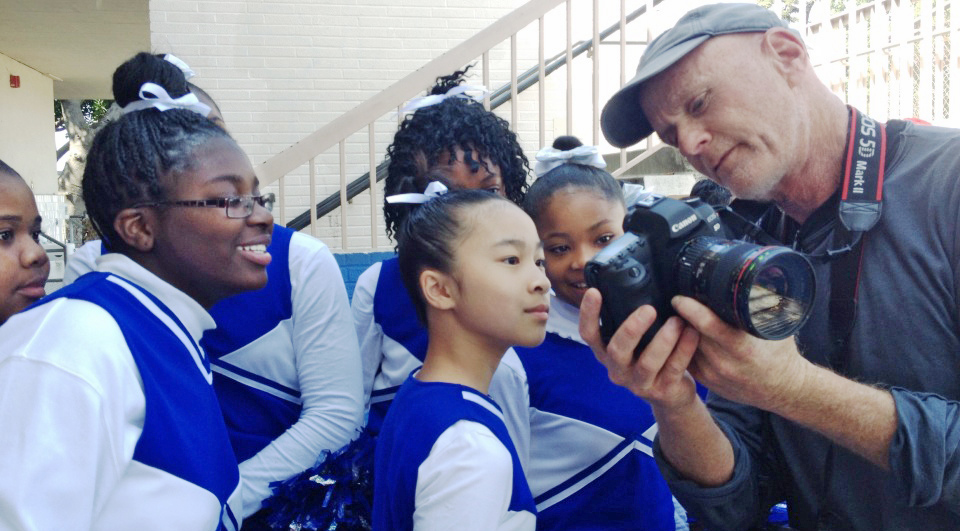 The in-demand photographer with an experienced, ever-searching eye, who moves seamlessly between genres – from evocative portraits to ethereal meditations on flowers or visceral landscapes – and also stays within the moment while exploring the technical, visual and emotional possibilities of his surroundings, plumbs his own psychological depths only to discover what makes him love work and life.

What historical art figure would you like to have lunch with and why? Man Ray, because he did everything – photography, sculpture, film, painting – and he also had a great sense of humor. He was in Paris in the 1930s when things were crazy, and he was around people like Kiki de Montparnasse. It was an interesting creative period just before the upheaval and he inspires me because he did so much and he did so much under duress. He’s my hero – he’s not the first person I looked to as inspiration, but all in all, he is just masterful. What did you purchase with the proceeds from your first sale? I can’t remember, but I probably paid rent.

What words or phrases do you overuse? ‘I am uncertain,’ ‘I’m unsure,’ ‘I don’t have faith.’

How do you know when a work is finished? There’s a few stages: When you’re shooting and then there is the dark room where I used to work and where I used to finish things, or now the computer where I finish things. It’s all about a kind of visceral feeling in the camera. There’s just kind of a magical thing that comes together, and I feel an emotion that gives me a sense of completion and a sense of joy. That also happened in the darkroom, and it also happens in the computer currently. When and where were you happiest? Working, working in a new place I would say. India is a good example, where I’ve been four times. It’s happened many, many times, but I would say my happiest places are when I can create an image where I’m totally unfamiliar, where it’s the biggest challenge.

What is your most treasured possession? A woodcut by Rockwell Kent.

Where is your ideal escape destination? That’s a hard one, but I guess it would have to be somewhere I’ve never been.

What’s the worst survival job you’ve ever had? That’s a weird question, because I’ve never had to do things that I didn’t want to do. But there’ve been some situations that I wasn’t happy being in. Once I had to photograph someone who would not look in the camera – it was for a K-TEL greatest hits record. So I said, ‘If I can’t take your picture, what’ s the point?’ and walked out.

What TV series from your youth best describes your approach to life? Sea Hunt. I met Lloyd Bridges, and that was one of the great moments of my life. If you could change one thing about yourself, what would it be? I’d want to have unlimited confidence.

What is your most treasured memory? It was probably in the darkroom, in high school. This sounds like a cliché, but this image came up in the developer, and it was my second assignment in my photography class, and I watched this image come up and it wasn’t the magic of it appearing as much as what appeared. This image just affected me in such a wonderful way that I knew exactly what I wanted to do for the rest of my life. I call it my great epiphany.

What makes you smile? A great conversation. What makes you cry? When I hear the national anthem I cry sometimes. I’m just kind of a sap, but I don’t know why, because I’m not a patriot or nationalistic or anything. A great love story also makes me cry.

What is your go-to drink when you toast to a sale? I’m not much of a drinker, but I like beer – a good Pilsner.

After an all-nighter, what’s your breakfast of champions? I haven’t stayed up all night in years! What’s your biggest flaw? My lack of confidence.

If you could change one thing about yourself, what would it be? I’d like a full head of hair. What is your current state of mind? That’s a tough question, because I go through lots of different states of mind during any day. My current one – I’m enjoying being on the phone with you – being interviewed by you.

What do you consider your greatest achievement? Being a good father. If you were to die and come back as a person or thing, what would it be? Some kind of bird – a hawk, because an eagle, well, that would be a little too much for me.

The artist can be reached at https://markhanauer.com/