Ben Jones’ “Newspaper”
All the Art That's Fit To Print 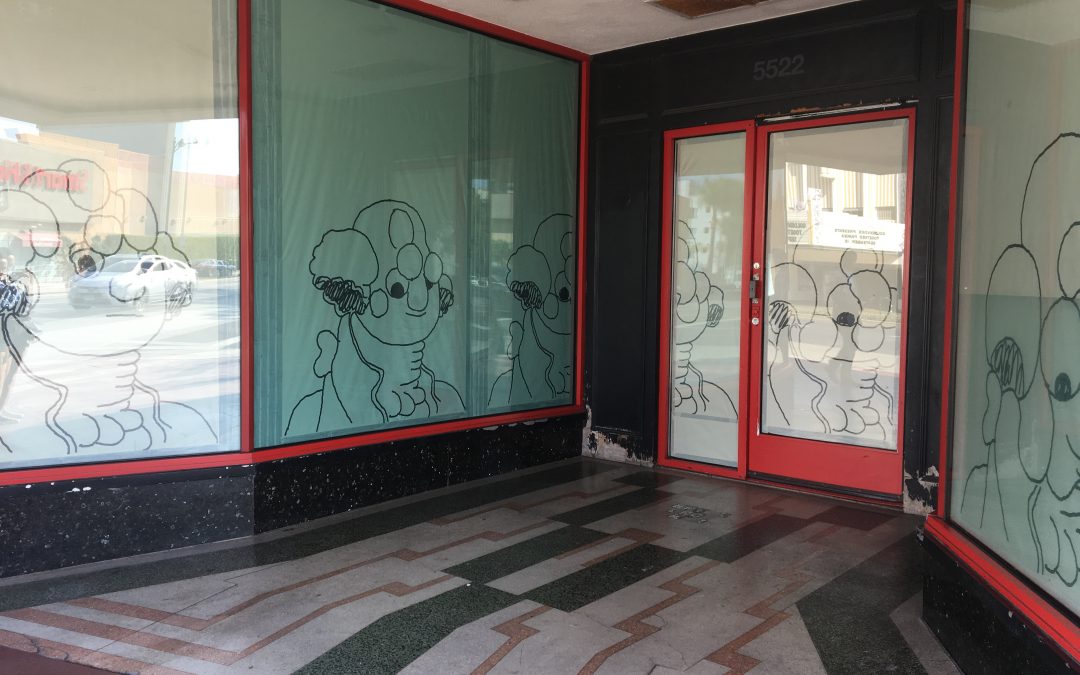 Although Ben Jones’ show, Newspaper, on the ground floor of Ace Gallery, opened on September 9, the exhibit is an ongoing concern, with new works being added until the October 21st closing date. The exhibition’s walls are white and the floors are industrial grey, making the installation seem somewhat incomplete. Like sketches of characters in a working animation, Newspaper places viewers within a world in-between.

Known primarily for founding the art collective Paper Rad and two animated TV programs, Problem Solverz and Stone Quackers, Jones continues to explore many mediums. His influences are clear and diverse, ranging from the composition of Super Mario Bros. to the fantastical creations of Jim Henson. Unlike Jones’ 2015 self-titled exhibition, Newspaper dispenses with effervescent neons and psychedelic imagery. The childlike nature that underscored his graphic Ping Pong Table and “cinema paintings” in that show also underscore the work in Newspaper, albeit more through line. Defending the validity of sketching, Jones has claimed that he is “constantly chasing that magical, ethereal line or stroke or gesture that is half muscle memory or trance action. You get a lot of that with handwriting and with quick sketching.” Rendering reality has never been Jones’ goal, and with the works in Newspaper, this concept is furthered, whether finding oneself frozen in an animated universe and/or being stuck in a state of limbo. Jones, however, would be quick to refute that claim, having previously stated, “I don’t believe in glorifying or examining or reflecting the relationship in what I produce. That said, my work is in and of itself hopefully an expression of this loving relationship.” Newspaper includes pulp-like drawings, paintings evoking 1960’s pop art, blocks decorated with geometric lines, and a large animation of a melting George Washington. That liquescent-like work and his painting of the oversized news headline, SPINNING NEWSPAPER INJURES PRINTER, are obvious examples of Jones’ sense of humor. His belief that art is not something planned, but rather something that “naturally gravitates,” also describes his seemingly lax approach to his craft.

Indeed, Jones takes lo-fi, street accessible concepts and re-purposes them into highbrow art. He dabbles with forms some consider dying, and recycles them within the context of a technologically driven, digitally-dependent generation. Like comic books, his sketches allow one to explore a fantasy world, but in an updated, avant-garde fashion, giving rise to wit and an homage to both his past and passions.

Natalie Pashaie attends the University of Southern California,  where she studies art history and journalism. In addition, she writes art criticism for the Daily Trojan.