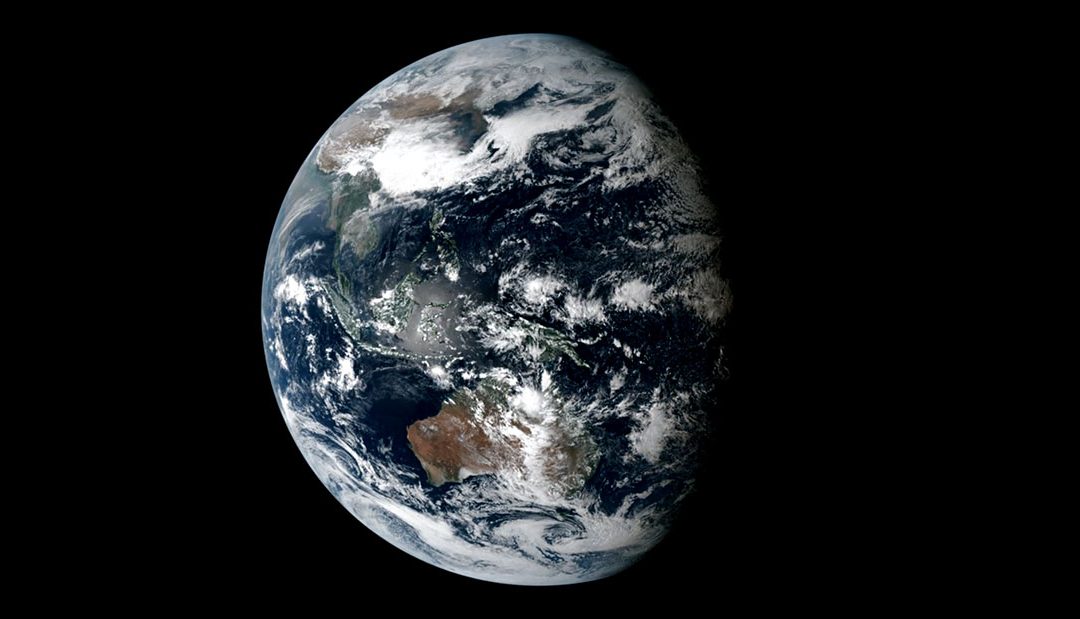 Like moths to a flame, so goeth the hordes of people who “chase” eclipses, be they solar, lunar, partial, total, annular, or otherwise. On August 21, eclipse groupies of the world will be flocking to any number of cities in 14 states that are in the 60 to 70 mile-wide “band of totality,” where eclipse chasers will see the moon completely cover the sun for about two and a half minutes. This, in fact, will be the first time since 1918 that 100 percent of the sun’s disk will be blocked by the moon’s shadow travelling across the Earth’s surface from West Coast to East Coast, though a half dozen solar eclipses since then were visible from parts of the U.S.

This cosmic performance, stretching 2,500 miles diagonally from west to east, will encompass an area beginning in Oregon and ending in South Carolina, whereas the path for the last total solar eclipse — in March 2016 — crossed parts of Indonesia, and was only also visible from the waters of the Pacific Ocean.

For those unable to make it to a physical location for eclipse viewing, there will be a live-stream offered by NASA. For those who would like to learn more about this fascinating subject, an exhibition.

Sculptor, painter and environmental and installation artist Albuquerque is no stranger to eclipses. An admitted chaser, she’s seen them in places as disparate as Guatemala, Peru and Hawaii, and plans on being in Jackson Hole, Wyoming on August 21. “It’s a really high place to be able to see the shadow,” said Albuquerque, “and what I find really fascinating is not just looking up at the sky, but to look down at the earth and to see this huge shadow come across the land. It’s pretty unusual and mysterious.”

Albuquerque, who has taught at ArtCenter for 30 years and is currently on sabbatical, made a 12-minute video that will be projected in one of the gallery’s three main rooms. With sound by Iranian composer/singer Sussan Deyhim pouring forth from two speakers throughout the entire space, the film consists of text written by Albuquerque and footage of the Aegean Sea that she shot on an iPhone in Greece and also images taken through Mt. Wilson’s 100-year-old 100-inch telescope.

Because much of her work deals with light and dark, Albuquerque, who also has a small, gold-plated object that looks like a space ship mounted on a wall pedestal as part of the exhibition, said she was thrilled to be included.

“Since I also work a lot with astrophysicists, I realized that there was no way I could possibly compete with something so staggering as a solar eclipse. It’s an experience, and everyone is so affected by it when they see it, it takes you out of the normal frame of space and time.”

Albuquerque added that she wanted to do something that speaks to the experiential aspect — what it feels like to be observing the eclipse. “It’s accelerated time,” she noted, “and what it would normally take to go from day to night takes two minutes. All the birds go back to their trees, sand crabs go in their holes, and as humans, it’s discombobulating.” Jacqueline Woods, who has a studio in Ventura, did a series on huge pieces of photographic paper — 60 inches by 40 inches — that she exposes and paints with chemicals.

“They’re photographic and painterly,” said Nowlin, “but they’re not strictly one or the other. They look like eclipses and they’re beautiful, and I have six of her large pieces in the show.”

Nowlin, who founded the Williamson gallery in 1992 and admits to never having seen a full eclipse, plans on going to Madras, Oregon with his wife and friends for the viewing. “I figure since I’m doing this show,” he explained, “I’ve got to go, because if there’s any time in my life, it’s now.”

Science too is well-represented in the show that has also been mounted in association with New-York Historical Society Curator of Drawings Roberta J.M. Olson and Lick Observatory artist and curator, Misch. Astronomical and historical artifacts sourced from the Huntington Library, as well as projections from NASA will help fill the gallery’s 4,600-square-foot space.

Misch, Resident Support Astronomer at Lick Observatory for 30 years, retired in 2007, and went on to found the Lick Observatory Historical Collections Project a year later. Items on view at the exhibition include open and closed logs from eclipse expeditions to various parts of the world between 1889 and 1934. There is also a 27-minute digital movie made from scans of original glass plate negatives that were taken on the expeditions, some of which are in the show, as well.

“The logs give a cross-section of the recording that astronomers were doing,” said Misch, “and the earliest logs do have drawings from the 1889 eclipse, before photography overtook it completely. You’ll also see geometric drawings in how they set up their instruments pointing at the sun at [that] critical moment, and columns of numbers working out observational problems.

They are kind of mundane and almost homely,” Misch continued, “but there’s also a beauty about them because they’re so purposeful and have a palpable connection to a bygone era. There’s nothing like handwriting to give you a connection. These days logging is all done digitally, so we don’t any longer have these artifacts as by-products of observing. These are unique.” With so much attention being paid to the total obscuring of one celestial body by another, one can’t help but wonder why this natural phenomenon continues to fascinate.

“You have to imagine the early humans,” explained Nowlin. “They had no idea what the hell was going on. They didn’t know from astronomy, predictions or mathematics. It took them all by surprise, so it got misinterpreted as something supernatural. Even after they were able to predict it, which was about the 5th, 6th or 7th century when mathematicians knew enough to predict fairly closely, people still supernaturalized it in various forms, either as a cult with heathen meanings, Christian meanings or some other kind of religious meanings.”

Nowlin said that while occultists were predicting dire consequences resulting from an eclipse — the fall of monarchies and plagues, for example — there was also great hubris surrounding these predictions.

“The Church of England, the Anglican-Christian pastors and thinkers didn’t like that,” said Nowlin, who wrote an essay for the exhibition booklet, “so they interpreted the eclipse inside of Christian doctrine and philosophy, and there was this great debate about the causes and effects of eclipses. I found publications articulating that at the Huntington Library, and some appear in the show. Both [Christians and astrologers] got it wrong.” What isn’t wrong is the notion that an eclipse has impacted culture — from art and poetry, to science and mythology. Nowlin agreed that an eclipse is enthralling. “In some ways,” he added, “it’s spiritual or awesome, and gives people some sensation of transcendence, but there’s nothing supernatural about it, and it’s equally as wonderful or maybe even more so, because it’s not any of those things.” Indeed, the August 21 occurrence is being touted as one of the greatest American migrations ever, and co-curator Pasachoff, who has traveled all over the planet to view 65 eclipses over the years, wouldn’t miss it.

“I was taken to my first total eclipse as a freshman at Harvard many years ago,” recalled Pasachoff, a prolific author of textbooks in astronomy, physics, mathematics and other sciences. “The event was so dazzling that I became fascinated, and eventually I made the study of the atmosphere of the sun the topic of my Ph.D. thesis.

Each eclipse is different,” added Pasachoff. “I have wonderful stories and memories of all of them and they stick in my mind. I’m able to date events of my life from the eclipses that took place that year.”

Pasachoff, who plans on viewing the eclipse from Salem, Oregon, said that there is much good science to be done at eclipses. “Many people don’t realize how the corona that we will see on August 21 in ordinary light is non-accessible to any of the space craft [in flight]. That’s why we’re doing all this science.”

“We’re seeing aspects of the sun that can’t be seen any other way, and,” he continued, “I particularly hope that school children of all ages get to see the eclipse. Because it’s such an amazingly beautiful thing, they realize that if they knuckle down and pay attention to their studies, they can understand the universe and make accurate predictions.” Eclipses have been featured in literature and opera. In Act 1, Scene 2 of Shakespeare’s King Lear, the Bard of Avon wrote, “these late eclipses in the sun and moon portend no good to us.” Pasachoff even traveled from his home in Massachusetts to New York last year, where he not only saw Borodin’s opera Prince Igor, but also wrote a review of it for the scientific journal, Nature.

“It was revived at the Met for the first time in many decades,” he enthused, “and it has an eclipse of the sun as a major plot point that leads to all of the action in the opera.”

Nowlin said that in addition to combining science with art, he also likes to mix up different time periods.  By including historical artifacts, Howard Russell Butler’s 1923 triptych painting, Albuquerque’s works, Dankner’s digital giclée, Russell Crotty’s bio-resin on paper, as well as Rosemary Fiore’s three works that were made by exploding fireworks, the show promises to have something for everyone.

In addition, there’s a room that commemorates what Nowlin calls, “the three actors who perform — the sun, the moon and the earth. I scoured my sources at JPL and NASA to get three videos that were created by spacecraft or a combination of spacecraft and ground-based telescopes, looking at these three bodies. They’re the disks of the earth, sun and moon, each on its own separate wall projected with an eight-foot diameter, slowly rotating and doing what they do.”

With astronomy seeming to have a moment these days — Neil deGrasse Tyson’s book, Astrophysics for People in a Hurry, is currently a New York Times bestseller — the idea of a major exhibition devoted to eclipses is a no-brainer.

As Nowlin said, “There’s something about being put in our place as tiny, tiny little beings witnessing this pretty huge cosmic event that is very attractive to people, and it becomes this great sort of leverage for talking about science versus the natural world.

To that sentiment Misch remarked, “I hope that viewers will find a little quiet poetry that they have not heard before.”

This story was originally published by KCET Artbound, August 1, 2017.

Victoria Looseleaf is an award-winning arts journalist who has been a regular contributor to the Los Angeles Times, the New York Times, KCET Artbound and other outlets, including her widely-read blog, The Looseleaf Report. In addition, she covers arts festivals around the world, filing datelines from cultural hot spots that include Berlin, Venice and Abu Dhabi. Her feminist novella in verse, Isn’t It Rich? is being adapted for the stage.